I have to admit, I love watching iFixit teardowns. It gives me the chance to vicariously experience what it is like to totally gut a machine without worrying about the price I paid for the gadget in-hand.

The tinkerers at iFixit have finished a teardown of Dell’s new XPS 13 laptop. The resulting mess proves that the 13.3-inch laptop shoved into an 11.6-inch case is reasonably easy to repair, which is good news for all of you home-tinkerers out there. 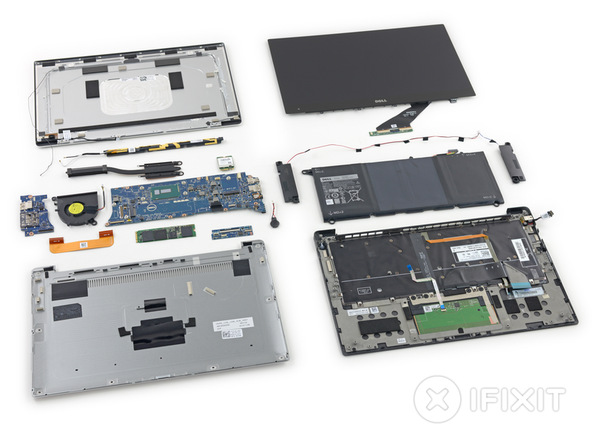 According to the step-by-step breakdown of the laptop, the XPS 13 has a, practically unnoticeable, webcam in the lower bezel, which is an odd position, but is probably housed there in order to maximize the minimum space.

The motherboard houses a fifth-generation Intel Core processor with a 128GB solid-state drive.

Unfortunately, the included RAM is soldered to the motherboard, which means you won’t be able to upgrade in the future. So, when deciding on how much RAM you want in your ultra-slim Dell laptop, get what you think you will need for as long as you have it. There’s no going back.

Overall, iFixit gives the Dell XPS 13 a seven out of 10 on reparability because there are service manuals online, screws and connectors are all labeled making it easier to put back together, and parts are easy to replace.

iFixit made many comparisons to Apple’s late 2014 MacBook Air and noted that they are very similar in tech specs, but Dell’s version is easier to fix (and about $200 cheaper).