If there’s a catch, it’s that the phone only supports high-speed wireless networks in Asia at the moment. It’ll get 2G speeds at best in the United States unless ZTE offers a North American version of the phone.

Right now the company doesn’t officially sell the ZTE Blade S6 in the US, but it’s launching in China this month and if you want to ship one to the States, Geekbuying plans to sell the phone for $250 soon. 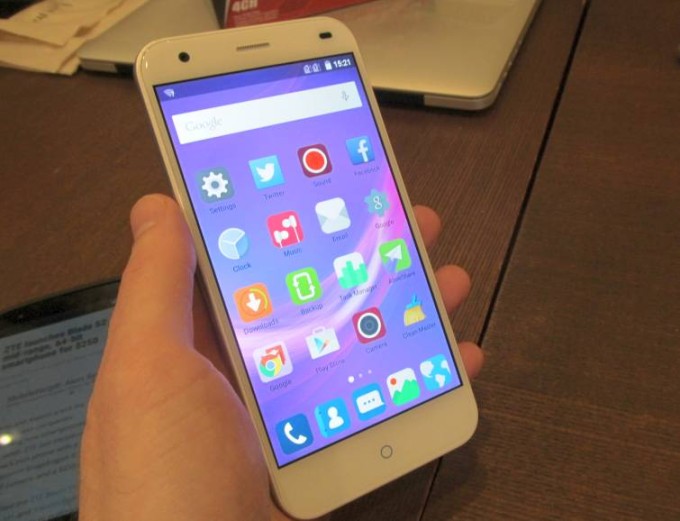 I met up with the folks from Geekbuying recently, and they brought along the phone. It has a design that looks more than a little like Apple’s iPhone 6. But this phone runs Google Android 5.0 instead of iOS, has a Qualcomm Snapdragon 615 octa-core ARM Cortex-A53 chip instead of an Apple processor, and sells for a fraction of the price of Apple’s phone.

It has a 1280 x 720 pixel display, 2GB of RAM, 16GB of storage, a 13MP rear camera and 5MP front camera, support for WiFi, Bluetooth and 4G LTE in select markets. There’s a microSD card slot, and dual SIM card slots. 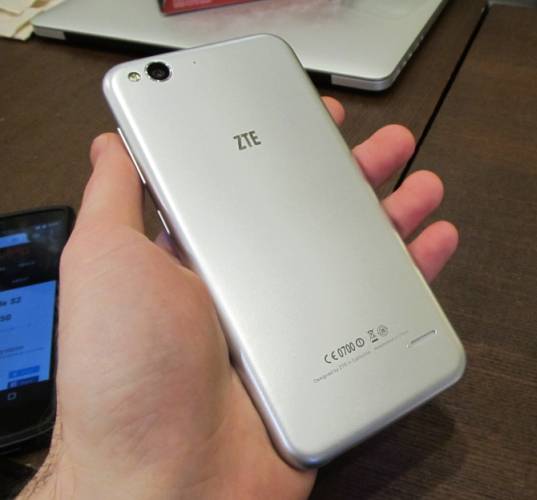 The phone feels pretty solid, but light-weight. It’s thin and has rounded edges. And there’s what looks like a single capacitive button below the screen (where you’d find the home button on an iPhone). But there are also hidden buttons to the left and right which you can tap for back or recent apps functions, respectively. The buttons are invisible when they’re not in use, but tap the bottom of the screen and little blue dots will glow to let you see where to tap. 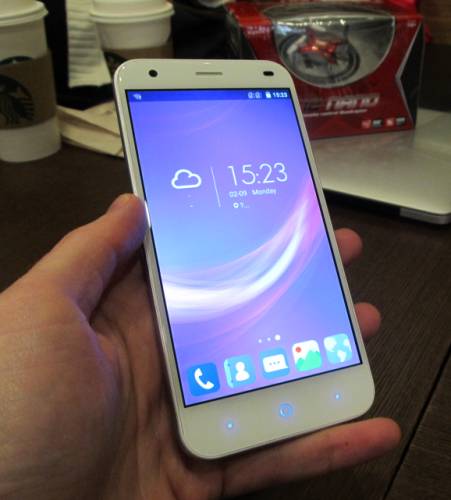 ZTE uses a custom version of Android called MiFavor. While the notification, quick settings, and settings screens on the Blade S6 all look pretty much the same as on my Nexus 5, there’s a custom home screen that places all of your apps on the home screen. You can scroll to navigate between apps, but there’s no app drawer which you can use to access apps that aren’t on the home screen.

But for $250, the phone might even be worth considering if you can’t use it with high-speed data networks. It’s about the price of a mid-range iPod touch, but runs Android, has a higher-resolution camera, and you could use it to make phone calls if you really wanted to.