As first noticed by a user post on the Hacker News forum, you can no longer visit the Google Play Store from the Firefox Browser for Android.

The company has not made any official announcement, and Mozilla has not yet commented on the matter. However, I tested it out myself and came to an error message, which reads:

“This browser is no longer supported. Please use the Google Play Store app to access Google Play.” 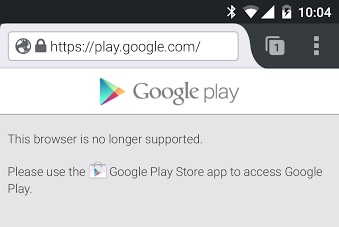 Of course, you can access Google Play while in Firefox by switching to the desktop version instead. Tap the menu icon in the upper right corner of the screen to access the drop down menu. Then, select “Request Desktop Site.” 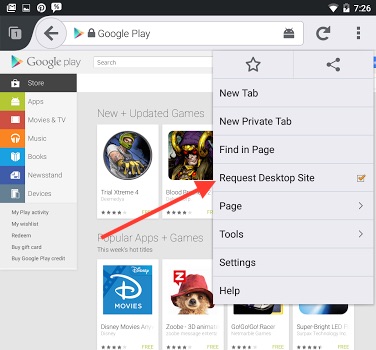 The Google Play Store will then load as if you were running Firefox on a desktop instead of a mobile device.

My first thought is, “What is wrong with just using the Google Play Store app?” However, from comments posted on Hacker News, I get it.

People use Firefox because it allows them to create a customized web browsing experience. If you browse the Google Play Store via Firefox, you are able to perform certain actions that you can’t do while in the actual app. For example, one commenter, rev_bird, noted that the back button doesn’t work right, saved passwords don’t move over, and clicked links only load in the application instead of your browser.

Being able to access the Play Store from Firefox is a big deal for users of the browser. The fact that it is currently blocked from use might seem like an affront.

If Google is trying to redirect users to the official Play Store app, they may be trying to gain more control over the data they collect from users. Or, it could be a mistake that will be fixed tomorrow.

Update: Android Central reports it’s a bug and that Google is working on a fix.