Want to play Android games or run other Android apps on a PC? There are a few ways to do that. You could install Android-x86, a port of Google’s mobile operating system for computers with Intel or AMD processors or try an Android emulator such as Bluestacks or Genymotion.

Now there’s another option. Console OS is an operating system based on Android 4.4 KitKat which has been optimized to run on computers with recent Intel Core or Atom processors. You can install Android as a standalone operating system or configure it as a dual-boot option to run alongside Windows.

The developers of Console OS raised money for the project during a crowdfunding campaign last year, and now Console OS Developer Release 1 is available for anyone to download and try for free. 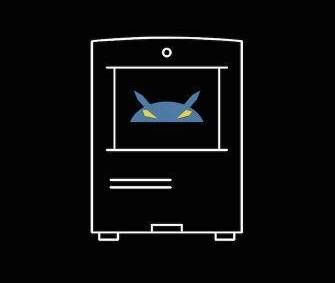 While Console OS can be installed much like a GNU/Linux distribution such as Ubuntu or Fedora, there’s no support for live sessions in the initial Console OS Developer Release 1 version which launched in February, 2015. That means there’s no way to run the operating system from a flash drive without installing it — so if you’re not willing to make changes to you computer by installing the operating system to local storage, you might want to wait for a future release.

You can install Console OS using a USB flash drive. Just use the included Win32DiskImager utility to write the disk image to your flash drive (or if you’re using OS X or Linux use dd or another disk imaging tool) and then follow the instructions in the release notes for installing the operating system.

Note that you’ll need a computer with a 64-bit UEFI that has Secure Boot disabled. If you want to dual boot Windows and Console OS you’ll also need to turn off Windows encryption.

Another thing to keep in mind is that Console OS officially supports computers with Intel Bay Trail processors as well as machines with Sandy Bridge, Ivy Bridge, or Haswell chips. If you have a computer with a different chip architecture, you may run into trouble. It’s probably a good idea to check out the list of supported devices before starting.

The developers of Console OS are also working on an updated version of the operating system based on Android 5.0 Lollipop. Eventually there will also be a Console OS Pro version with premium features including a window manager, remote access, native DVR (digital video recorder) features, and more. While Console OS is available as a free download, the Pro version will be subscription-based software, although backers of last year’s Kickstarter campaign will get free access.

26 replies on “Console OS brings Android to (some) PCs”