In its report to investors, ASUS revealed that the Fonepad would be rebranded as ZenPad and the second-generation ZenFone was on its way to U.S. and European markets.

The company also noted that its Zenbook Pro line of notebooks, which include the UX305 and the UX501 model. Asustek’s CEO Jerry Shen calls the UX501 a “high performance monster” and told the Taipei Times that both models are better at functionality and efficiency than Apple’s MacBook Pro. 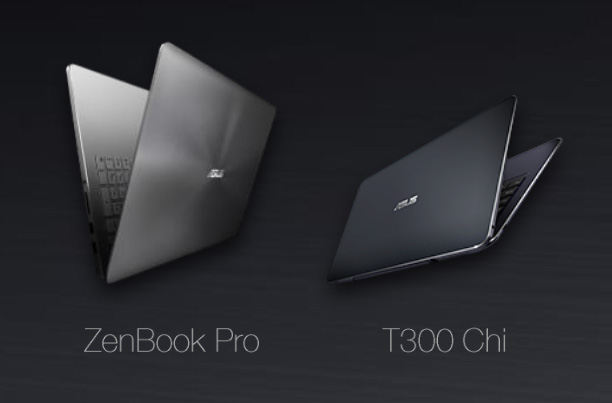 Notebook Italia (via Microsoft Translate) notes that the “Pro” nomenclature likely means the devices are designed to appeal to the enterprise market and will likely have additional security features. The notebooks may also come stocked with productivity software. They will likely be run on Intel Broadwell with the Windows 8.1 OS. 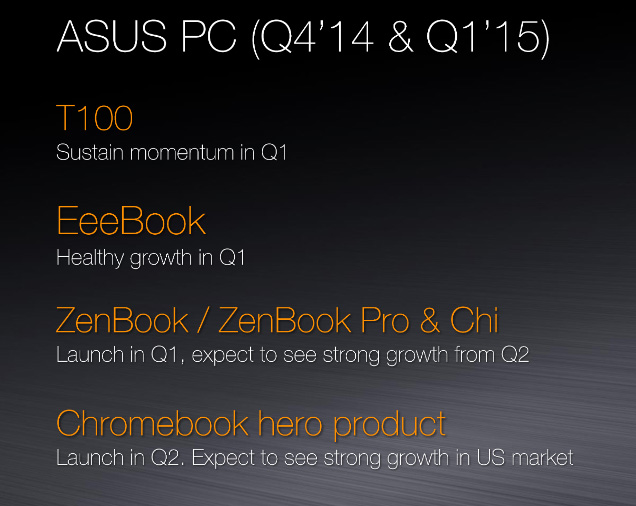 According to the presentation slideshow, the ZenBook Pro (along with the ZenBook and Chi) will launch in the first quarter, which ends in March.

Additionally, starting in the second quarter of 2015, ASUS will launch a new line of Chromebooks. The company hopes the 2015 series will be a huge hit in the U.S. market. 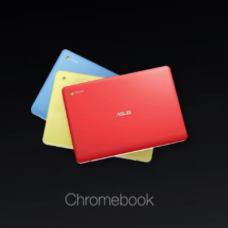 From the presentation slideshow, the Chromebooks will be brightly colored in red, yellow, and blue and are similar to the C200 and C300 series ASUS Chromebooks. There is no other information about what the devices will house.

ASUS will be attending the 2015 Mobile World Congress in Barcelona Mar. 2-5. It is assumed that the company will unveil its plans officially at the conference.

4 replies on “ASUS will launch the Zenbook Pro this March, new Chromebook line in 2015”