Zotac’s ZBOX C-series line of computers are small, fanless desktop PCs that measure 5″ x 5″ x 1.8″ and which use passive cooling instead of noisy fans to keep the computers from overheating.

When Zotac launched its first C-series devices last year, the company offered models with a choice of low-power AMD and Intel chips. 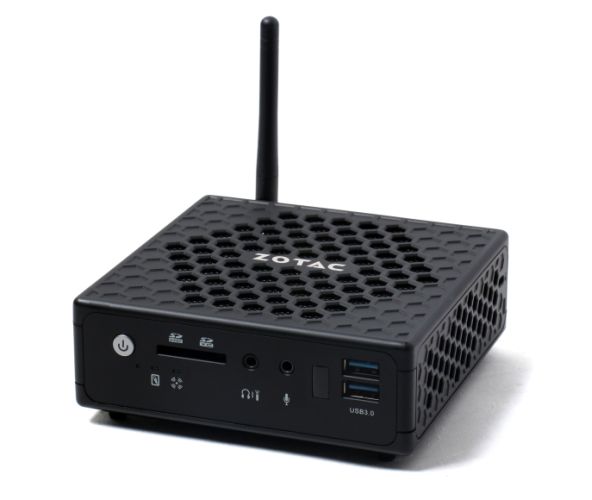 Zotac says the new CI321 nano supports up to 16GB of storage, has a 2.5 inch drive bay for a hard drive or SSD, features 802.11ac WiFi, Bluetooth 4.0, Gigabit Ethernet, and HDMI and DisplayPort.

The company will offer a barebones model without memory or storage, as well as a Plus model that will come with 4GB of RAM and 64GB of storage.

Interestingly it looks like Zotac has changed the case design a bit. The older models featured 6 USB ports, while picture of the new version show just 5 (including 1 USB 2.0 ports and 4 USB 3.0 ports), but the CI320 nano also appears to have dual Ethernet jacks.