China’s Xiaomi has gotten a reputation for launching impressive devices with very low price tags — with some selling for under $200. Their new Mi Note shoots well past that mark, but at $370 it’s still a bargain compared to the iPhone 6 Plus.

Xiaomi was pretty clear about calling Apple’s slablet out as the competition. Their slide deck included several comparisons, from the Mi Note’s larger 5.7-inch display to its slimmer profile (6.95mm) and lighter weight (161g). The Mi Note’s rear-facing camera (which also uses a 13mp Sony sensor) is even flanked by a dual-tone flash, just like the one Apple uses — though Xiaomi’s shooter features OIS. 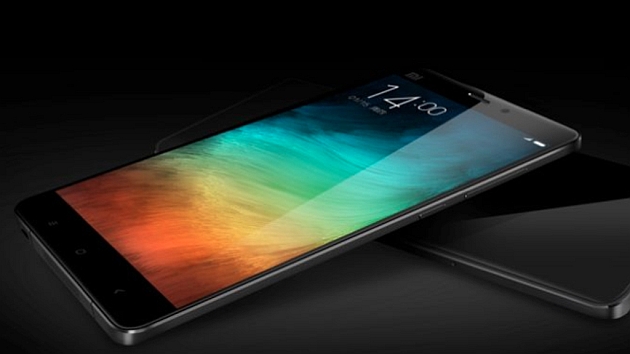 The Mi Note features a top-notch display, too. It packs a 1080p panel manufactured by Sharp/JDI, good for a pixel density of 386ppi — certainly solid for a phone at this price. The display also boasts a broad color gamut (around 95% of NTSC), improved outdoor usability, and reduced power consumption.

The phone is powered by a quad-core Qualcomm Snapdragon 801 processor clocked at 2.3GHz which has been paired with a generous 3GB of RAM. A 3000mAh battery should provide the Mi Note with plenty of juice. The $370 version comes with 16GB of internal storage, while an upgrade to 64GB will set you back another $80.

If you’re willing to spend a bit more money, Xiaomi is offering a premium model, too. The Mi Note Pro swaps the Snapdragon 801 for a 64-bit octa-core 810, bumps up the phone’s RAM to a whopping 4GB (blazing fast LPDDR 4, no less) and cranks the display resolution to 2560 by 1440. At $530 off-contract, it still seems like a heck of a deal when compared to other companies’ current flagships — it’s about $350 less than you’d pay for a comparable unlocked iPhone 6 Plus.