When Windows 10 launches later this year, it’ll include a new web browser designed to run on phones, tablets, notebooks, or desktops. Code-named Project Spartan, the new browser is a Universal Windows App, and it includes new features include support for annotating web pages and integration with the Cortana personal assistant feature of Windows.

But Spartan won’t be the only web browser included with Windows 10. Microsoft says the next-gen version of its desktop operating system will also include Internet Explorer. 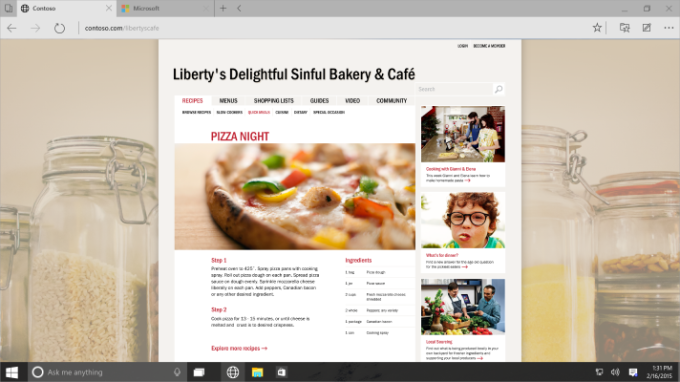 That’s because there may be some users that need to access websites that use custom ActiveX controls, Browser Helper Objects, or other features that are only available to Internet Explorer users. Rather than force developers of those web apps to update their software before the year is out (and risk having users decide not to upgrade to Windows 10 when developers fail to do so), Microsoft is including IE in Windows 10 for users that still need it.

The Spartan web browser has an entirely new rendering engine, but it can also load the Internet Explorer 11 engine for older websites that might not be optimized for Spartan and other web browsers. Interestingly, the version of Internet Explorer that ships with Windows 10 will also use dual rendering engines: it will also be able to use the Spartan engine to render web content.