Microsoft has released a new preview of Windows 10 to members of the Windows Insider Program, and it includes some of the new features the company unveiled at an event earlier this week.

Among other things, the latest Windows 10 Technical Preview includes Microsoft’s Cortana personal assistant software, the Continuum feature that lets software automatically transition from laptop to tablet mode when you detach a 2-in-1 tablet from its keyboard dock. 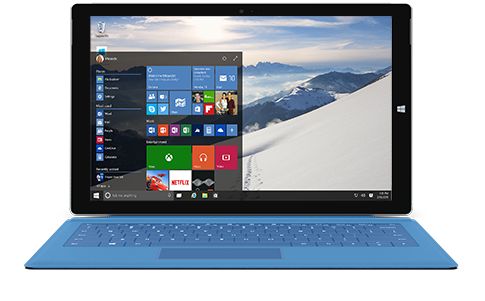 Other new features include an updated Start Menu which lets you expand the menu to full-screen whether you’re using a tablet or not, a new Settings app which combines features that had previously been separated into Windows 8.1 Settings and the Control Panel, improved support for connecting to Miracast and Bluetooth devices, an updated Windows Store app, new Photo and Maps apps, and a new Xbox app that brings many gaming features that had previously been available to Xbox game console users to Windows gamers. 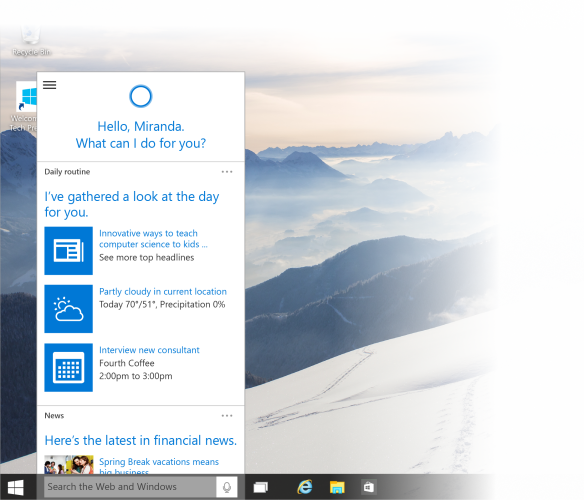 Cortana integration is probably one of the biggest, most noticeable changes. You can tap a microphone icon to ask your PC questions, set reminders, or access other Bing content. There’s also support for using “Hey Cortana” as a hotword, allowing you to trigger Cortana using just your voice.

Some features, such as the new Spartan web browser aren’t ready yet, but should be coming in future Windows 10 preview builds.

If this is your first time installing a Windows 10 preview, you can sign up for the Windows Insider Program and download a disc image. If you’re already using an earlier build, you can use the Windows Update tool to search for a new preview.

Pre-release builds of Windows are available for free, and Microsoft will make Windows 10 available as a free upgrade for anyone using Windows 7 or later… at least for the first year after Windows 10 is launched.