The company unveiled the new Toshiba dynabook KIRA laptops in Japan recently, and they’re set to go on sale in that country later this week for about $1350 and up.

Update: The new Kirabook 13 with Broadwell is now available in the US as well. 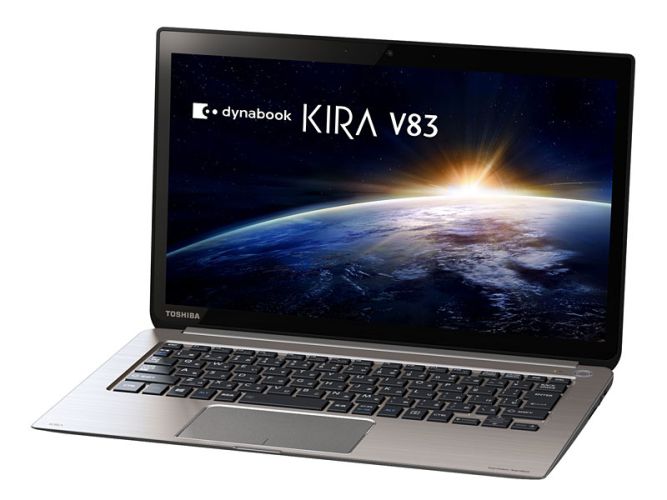 While I haven’t heard anything about a US launch for these notebooks, Toshiba has been selling KIRAbook models in the US for a few years. These laptops are usually thin, light, and powerful and the KIRA line of laptops were among the first Windows notebooks to ship with WQHD or higher resolution displays.

The top-of-the-line Toshiba dynabook KIRA L93 is a 2-in-1 computer. You can detach the keyboard and hold the display like a tablet. Other models in the series will feature traditional clamshell-style laptop designs.

Toshiba’s new 2-in-1 model is said to get about 9.5 hours of battery life and weighs about 3.9 pounds when used as a notebook.

via PC Watch and IT Media

2 replies on “Toshiba KIRA ultrabooks get a Broadwell update”