Sony’s Walkman brand used to be synonymous with portable music players. These days many of us just use our phones as MP3 players to listen to music on the go, but some folks prefer something a little… fancier. Sony’s newest Walkman is aimed at those people. 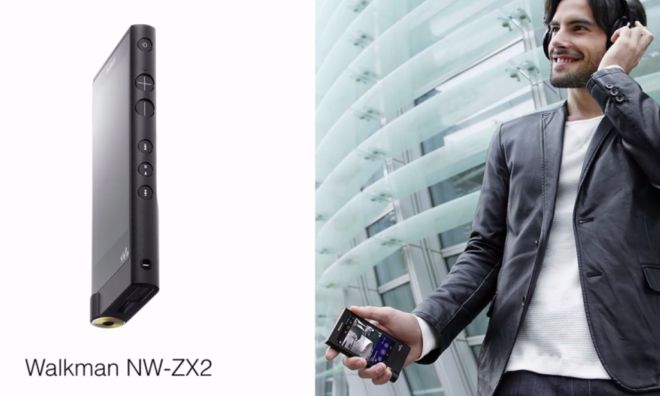 The Sony Walkman NW-ZX2 is a high-end portabl audio player with support for 192 kHz / 24-bit audio and premium audio hardware.

It supports Bluetooth for pairing a set of headphones, has 128GB of built-in storage and a microSD card slot, and features a touchscreen display.

The Walkman runs Google Android 4.2 Jelly Bean software which means you can download and install third-party apps such as Spotify or Rdio… but there are much cheaper ways to listen to music for those services.

The Sony Walkman ZX series devices are really aimed at people who want to listen to uncompressed, high quality audio. It supports WAV, FLAC, AIFF, and DSD audio formats and offers up to 60 hours of battery life while playing music.

But like the Walkman ZX1 we spotted at CES last year, the new model is a premium device that’s not aimed at casual music listeners.

via UberGizmo and Gizmodo