SoftMaker makes a suite of Office apps for Windows, Linux, and Android, among other platforms. Up until recently there were free trials of some of the company’s software, but you typically had to pay for full versions.

But now SoftMaker Office for Android is available for free from the Google Play Store. 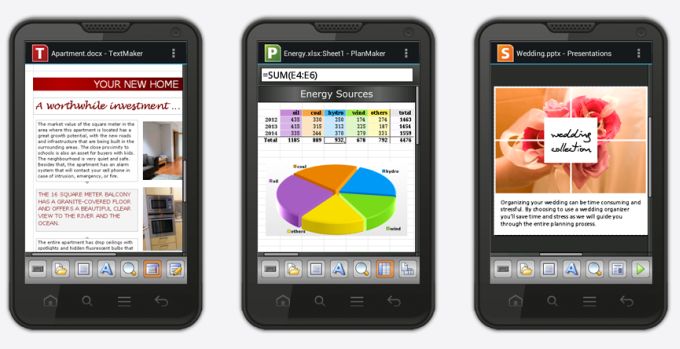 SoftMaker Office is actually a series of different apps including the TextMaker word processor, PlanMaker spreadsheet app, and Presentations for PowerPoint-style presentations.

All of the features that had previously only been available in paid versions of the apps are now available for free to personal and business users.

Up until recently SoftMaker had charged as much as $30 for all three apps. While that’s relatively inexpensive for a full-featured suite of Office apps for desktop or notebook computers, it’s pretty expensive for a mobile app… especially one that competes with free apps such as Polaris Office, KingSoft Office, and Google Docs, Sheets, and Slides.

SoftMaker Office has been around for years though. I first uesd it with Windows Mobile and Pocket PC devices over a decade ago. The office suite has earned a reputation for strong compatibility with Microsoft Office files and powerful editing tools… although the user interface isn’t quite as finger-friendly as some other mobile office suites.

Still, now that the apps are free it’s at least worth checking out if you’ve been dissatisfied with other office apps for Android phones and tablets.

One reply on “SoftMaker Office for Android is now free”