Cable TV can be expensive, especially if you end up paying for dozens or even hundreds of channels you don’t watch. Sling TV could be a cheaper option. For $20 per month you can access a limited number of TV channels over the internet, including ESPN, CNN, Cartoon Network, and the Food Network.

Sling TV comes from the makers of the Slingbox, a device that you can hook up to your cable box or DVR to stream content over the internet to your computer, phone, or tablet. But Sling TV is something new: it’s an internet-based TV service offers live TV with the blessing of the networks it broadcasts.

But there are some pretty big limits. 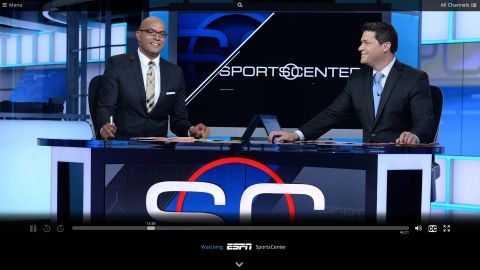 Folks who signed to test the service will start receiving invitations to join on Tuesday, January 27th. They’ll get to try Sling TV for free for a week. After that, a core group of channels will be available for $20 per month.

Customers can stream content to Android, iOS, or Roku devices. Support for additional hardware including the Amazon Fire TV is in the works.

There are a few things to keep in mind though. TechCrunch notes Sling TV doesn’t currently support Apple’s AirPlay, for instance. And Engadget reports that not all ESPN content is available on all device types: for example if you want to watch an NFL game on you tablet or Roku, you’re all set. But you can’t use Sling TV to watch NFL games on a smartphone thanks to an exclusive deal between NFL and Verizon.

Gizmodo also points out that channel surfing can be a bit painful, since it can take around 5 seconds for a channel to load… so flipping from channel to channel could involve a lot of waiting. 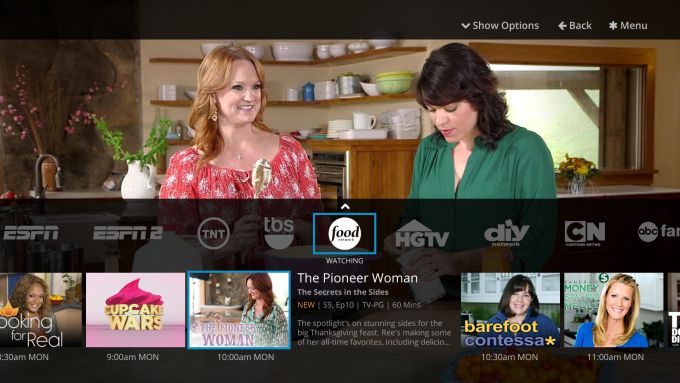 Some Sling TV features are also only available on certain channels: you can rewind or restart a program on Bloomberg or HTV, but not on ESPN, CNN, or TNT, among others. You can also watch on-demand TV shows or movies from some channels, but you have to dig deep into the channel menus to find some of it. Sling TV also has a movies-on-demand option which lets you rent some videos or watch some for free.

If you’ve been living in a Netflix world there’s something else you may have forgotten about: commercials. Just because you’re paying $20 per month doesn’t mean that you won’t see commercials. Hour-long TV shows will likely have around 18-20 minutes of commercials.

That said, if Sling TV offers the channels you want and skips the ones you don’t, it can be a relatively low-cost alternative to cable or satellite. And because packages are offered over the internet, it might be easy for Sling Media (which is owned by satellite provider DISH Network) to roll out new bundles, upgrade video quality, or make other changes more quickly than traditional TV providers would be able to.

The biggest problem with Sling TV is that right now there aren’t that many channels available. There are no broadcast networks included, so if you want content from ABC, CBS, NBC, FOX, the CW, or PBS your best bet is probably to install an antenna for your TV or stream content from Hulu.