Most makers of top-tier smartphones figure they can offer an option with 64GB of storage and call it a day. Saygus is going a bit further.

The Saygus V2 smartphone supports up to 320GB of storage… kind of.

The 5 inch Android phone has 64GB of built-in storage, plus 2 microSDXC card slots under the hood, with each one supporting cards with as much as 128GB of storage. 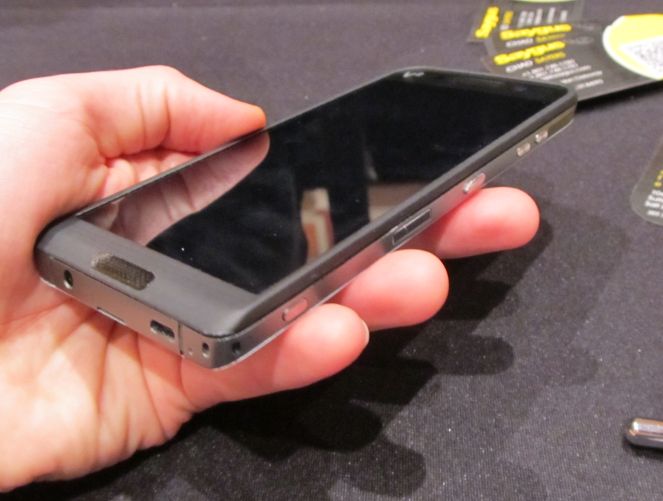 Other features of the Sagus V2 look pretty great on paper. The phone has a 1920 x 1080 pixel display, a 2.5 GHz Qualcomm Snapdragon quad-core processor, 3GB of RAM, and Android 4.4 KitKat software.

Saygus says the phone also has a 21MP rear camera and a 13MP front-facing camera. Both have auto-focus and optical image stabilization, and the phone has a dedicated camera shutter button on the side, making it easier to use your phone like a camera. 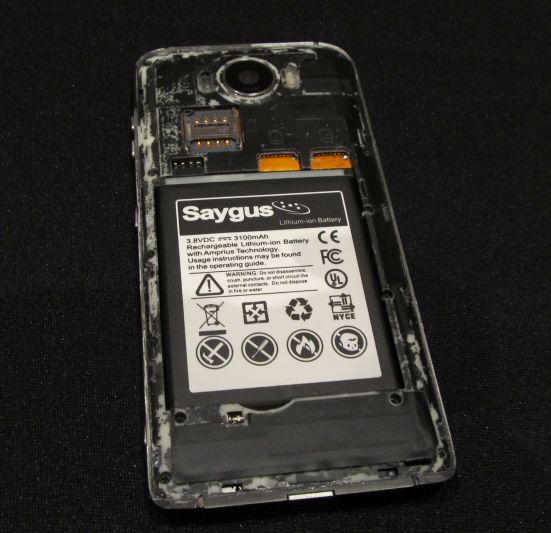 It supports 802.11ac WiFi, Bluetooth 4.0, NFC, and has an IR transmitter for use as a remote control, and the phone supports Qi charging, has a removable 3100mAh battery, a fingerprint scanner on the side, and Harman Kardon speakers, and generally the phone’s spec sheet reads like someone drew up a wish list and put them down on paper.

On the other hand, Saygus is only showing off early engineering prototypes at the moment. The build quality of the finished product should be a lot better… but since there aren’t any final products to play with, it’s not clear yet if the Saygus V2 will live up to its promise.

It’s also not yet clear exactly when the phone is expected to launch or how much it will cost.