Samsung is expanding its Galaxy A series of smartphones with a new model featuring a 5.5 inch screen. That makes the Samsung Galaxy A7 the biggest member of the series, but it still has a slim design, measuring just 6.3mm, or about 0.25 inches thick.

Like the Galaxy A5 and Galaxy A3, the new phone also has a metal frame and bezel. 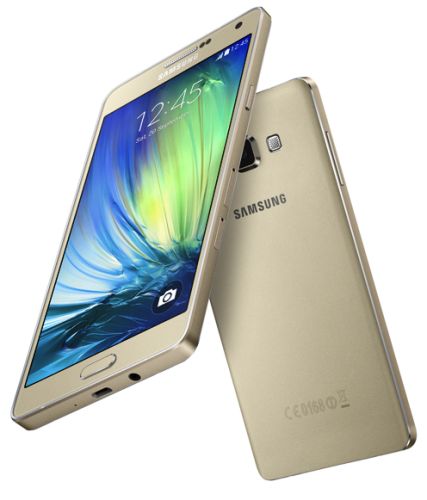 The new model has decent features, but it’s not necessarily the company’s most powerful smartphone. If you want bleeding-edge specs, you’re probably better of with a Galaxy Note 4 or Galaxy S5.

The Samsung Galaxy A7 features a 5.5 inch Super AMOLED display that’s only described as “HD,” which suggests it’s probably a 1280 x 720 pixel screen.

Samsung will offer a dual-SIM model with a Qualcomm octa-core processor and a single-SIM variant with a Samsung Exynos 5430 octa-core chip.

Both versions feature support for 4G LTE, 802.11n WiFi, Bluetooth 4.0 and both have 13MP rear cameras and 5MP front-facing cameras with wide-angle lenses for selfies. The phones have 2,600mAh batteries.

The Galaxy A7 has 2GB of RAM, 16GB of storage, and a microSD card slot for up to 64GB of removable storage.