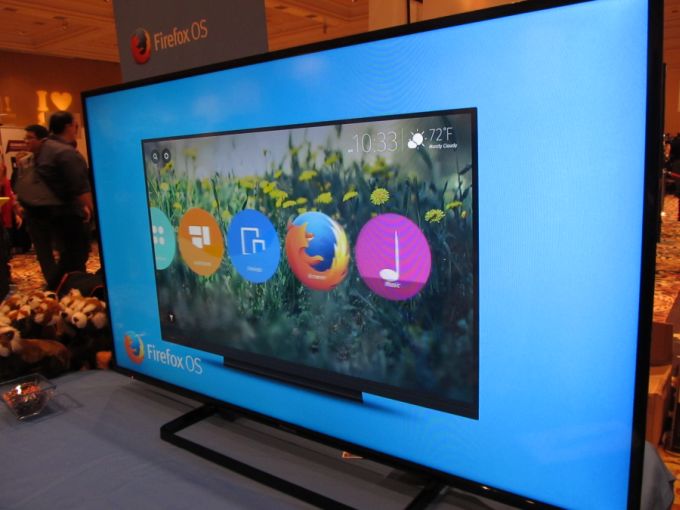 Mozilla initially developed Firefox OS to run on smartphones and tablets, and it’s available on a handful of low-cost phones that are primarily available in developing markets. But recently we’ve seen Firefox OS leveraged for use in a Chromecast-like media streaming stick called the Matchstick that you can plug into a TV.

Mozilla’s operating system will power the user interface and you’ll eventually be able to install TV-compatible apps from the Firefox Marketplace. The apps that will ship with Panasonic’s TVs for streaming video from Netflix and other sites will be developed by Panasonic, not Mozilla.

Panasonic’s Firefox OS TVs should begin shipping this spring. While the company isn’t showing off finished models yet, I did catch up with Mozilla to see a demo video that gives an idea of what the user interface will look like and how the apps will work.