Three of Asia’s top chip makers are launching new processors during the week of the Consumer Electronics Show.

Allwinner has a new 64-bit chip priced at just $5. Rockchip is launching its first octa-core processor. And MediaTek has new chips aimed at smart TV devices and at wearables. 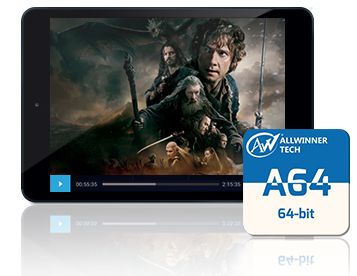 Allwinner’s latest chip is a quad-core, ARM Cortex-A53 64-bit processor aimed at low-cost devices. It supports Android 5.0, eMMC 5.0, and Allwinner says the processor also supports 4K H.265 video, but I’ve heard that claim made about other low-cost chips that had iffy performance.

The chip is available for just $5 to system builders, which means we’ll likely see some very affordable tablets with this processor from device makers looking for something a bit more powerful than Allwiner’s older A20 or A31 chips.

This system-on-a-chip has a 1.2 GHz ARM Cortex-A7 processor with Mali-400 graphics, support for screen resolutions up to 960 x 540, and Bluetooth.

It supports HEVC and VP9 codecs for 4K video playback at 60 frames per seconds. 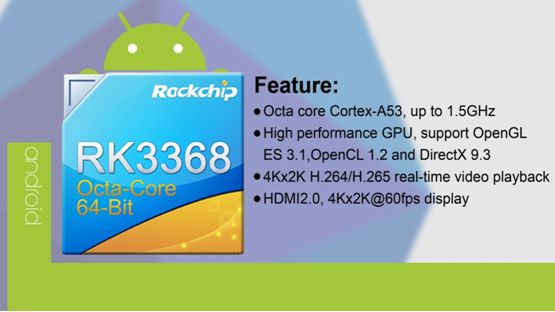 Like many of the other chips announced this week, Rockchip says the RK3368 supports 4K video playback and H.265.