The Minix Neo Z64 is a small, fanless desktop computer with an Intel Atom Bay Trail processor, 2GB of RAM, and 32GB of solid state storage.

What makes this little guy interesting though, is that it’s available for purchase with a choice of Google Android or Windows software.

Geekbuying is taking pre-orders for both versions, and they’re also available from several AliExpress sellers for the same prices. 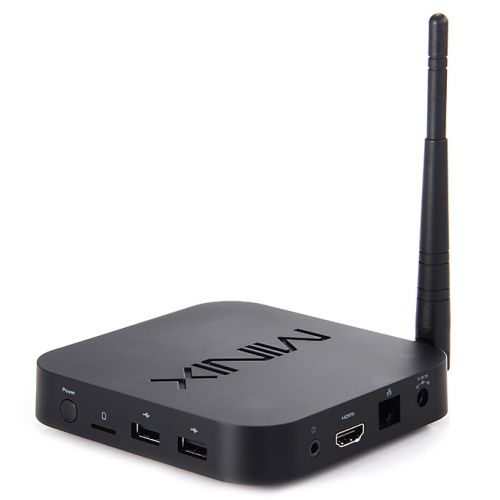 Minix has been making Android TV boxes for a few years, but the Neo Z64 is one of the company’s first to feature an Intel processor and support for Windows.

It comes with an infrared remote control and an HDMI cable, and the little computer measures 4.5″ x 4.5″ x 0.9″ and weighs just under 10 ounces.

The price tag seems to be a little higher than expected. Minix had suggested it could sell for $129 and up when the company unveiled the Neo Z64 late last year. But at least the fact that the Windows version costs $30 more than the Android version is a good sign that it comes with a fully licensed version of Microsoft Windows, unlike some cheap tiny PCs.

Want to know what the little guy looks like in action… or when you tear open the case? Geekbuying has supplied us with a few videos.