Microsoft has launched the most affordable smartphone running Windows Phone software to date. 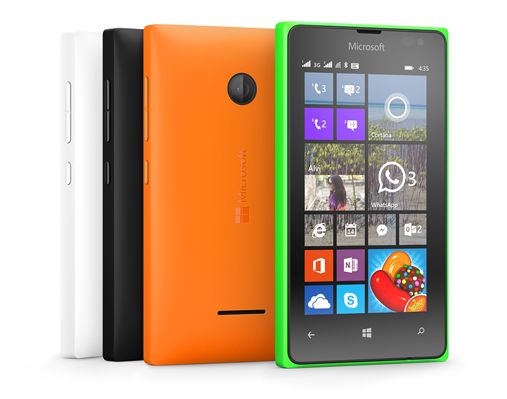 While the Lumia 435 isn’t the most powerful phone on the market, it has a few nice features including free maps and navigation from HERE Maps, and Microsoft’s mobile version of Office which includes Word, Excel, PowerPoint, OneNote, and Outlook.

The phone will be available in white, black, green, and orange colors when it launches in February in Europe, the Middle East, Asia, and Africa. There’s no word on if or when you’ll be able to buy one in the United States.

Microsoft is also updating its 500 Series phones with the new Lumia 532, which is a smaller version of the Lumia 535. most of the specs for the new phone are the same, but it has a 4 inch screen rather than a 5 inch display.