Microsoft’s next version of Windows for phones will be based on some of the same code as Windows for desktop, notebook, and tablet computers.

The company is starting to show what Windows 10 will look like on phones. In a lot of ways, it looks like Windows Phone 8.1, but many of the new features in Windows 10 for phones are tied to improvements in Windows for PCs. 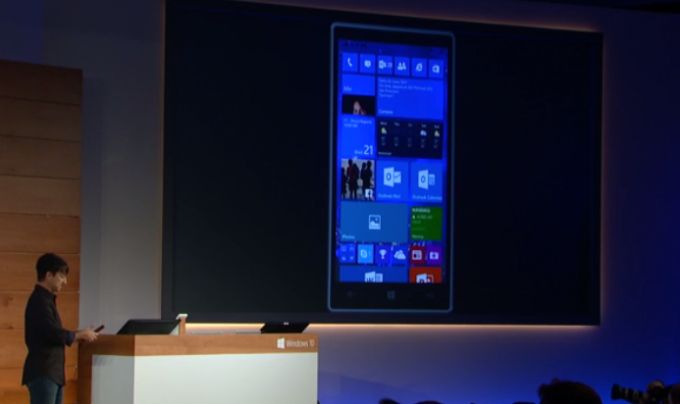 For example, there’s a new Settings app which is a universal Windows app. That means the Settings app for phones is pretty much the same app that runs on Windows 10 tablets or desktops. It’s just resized for smaller screens.

Actions and notifications are also now synchronized between phones, tablets, notebooks, or other PCs logged into your Microsoft account.

There are some features that are specific to phones. Windows 10 for mobile phones includes a home screen that looks a lot like the the Windows Phone 8.1 screen with resizeable live tiles. But users can now change the wallpaper or background image.

The apps list has also been updated to show recently installed apps at the top of the list. And the keyboard has been updated with a mic button that lets you enter text by talking… and voice recognition will use your contacts to figure out the spelling for proper names or other words it may not normally know how to spell.

Microsoft says the smartphone version of Windows 10 that it’s demonstrating isn’t just for phones… it’s also for tablets with screens smaller than 8 inches, so the new versions of Word, Excel, and PowerPoint which the company is showing off are universal apps available for all sorts of touchscreen devices, although they’ll be included with smartphone builds of Windows 10 (it’s not clear if you’ll have to pay extra to use Office on PCs).

Outlook has also been updated for both smartphones and PCs to let you do things like quickly saving or deleting messages by swiping left or right. The Outlook client will be included for free on both phones and PCs.