HP has officially launched the new 8 and 12 inch Android tablets we first heard about in October.

Both tablets will also support the HP Duet Pen for writing or drawing — but not only can you draw on the tablet itself, but you can also take notes on a piece of paper while your scribbles are stored on the tablet. 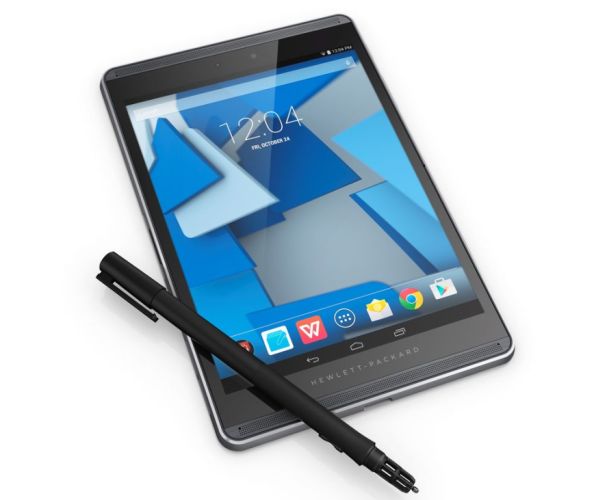 The Duet Pen uses Qualcomm’s Ultra Sound technology, and it’s one of the first devices to ship with a pen based on that technology.

HP says there’s another first involved in this launch: the Pro Slate 8 is one of the first tablets with Corning Gorilla Glass 4 protecting the screen.

The prices make these tablets significantly pricier than many other Android devices, but the Duet Pen, sturdy design, and focus on business and enterprise customers could help set them apart. Or at least that’s what HP seems to be hoping.

via PC World, The Verge, and HP