Budget tablet maker E Fun plans to launch several new 2-in-1 tablets this May, including models running Windows and Android.

While the tablets won’t be available for a few months, E Fun brought some early samples to the Consumer Electronics Show this week. 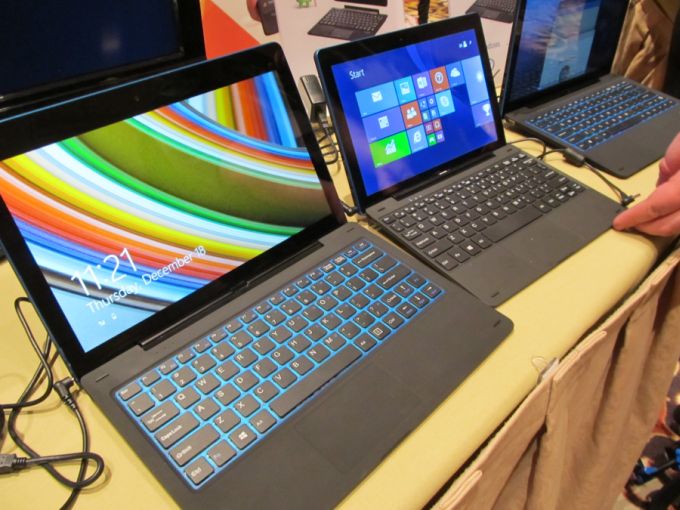 Each will come with a keyboard dock that lets you use the tablets as notebooks. E Fun is showing off early prototypes of the keyboards for now. The final versions will look a little different.

During the few minutes I spent with the Windows tablets they seemed like pretty capable little computers, especially given their low prices: the 10 inch model will sell for $229, while the 11.6 inch and 12.5 inch versions will cost $249 and $279, respectively.

I did notice that the computers felt a little top-heavy when used as laptops. Since the tablets weigh more than the keyboards, it wouldn’t be hard to accidentally tip them over. But again, the keyboards E Fun is currently showing are prototypes, so there’s a chance things could get better by the time the tablets launch in May. 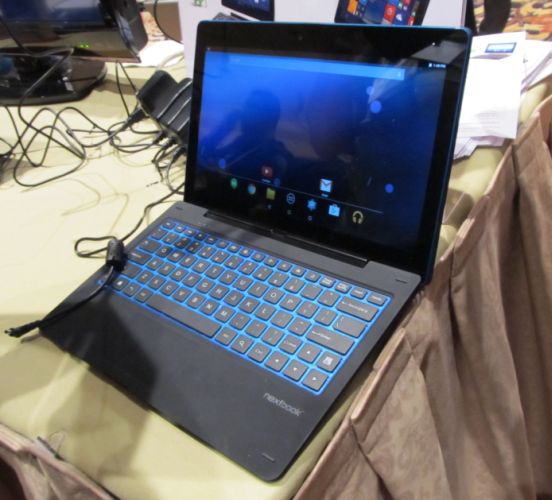 E Fun’s new Android tablets have similar designs, but a wider range of hardware. The 8 inch model has a MediaTek processor, while the 10 inch version has a Qualcomm Snapdragon 410 chip and the 11.6 inch Nextbook Ares 11 tablet has an Intel Atom Bay Trail processor.