Google hopes to begin selling the first Project Ara modular smartphones soon. But first, the company will hold a marketing pilot in Puerto Rico. That should launch before the end of 2015.

The company is holding its second Ara developer conference today, where Google is talking to developers about creating modules for the phones. Google is also giving us a better idea of how its modular phones will be sold when they become available later this year.

OpenMobile and Claro are Google’s carrier partners for the Puerto Rican pilot program. Customers will be able to purchase Project Ara devices and service plans from those carriers.

Google plans to offer endoskeletons which will be able to support removable modules. Customers will be able to buy a complete phone that comes with all the modules they need… or buy individual modules on a piece-by-piece basis.

Customers will be able to use an Ara Configurator app and Ara Module Marketplace to select new modules they want to use, or monitor the modules currently connected to a device.

This will let you swap out processors, cameras, or other components either when you want to upgrade or just change the functionality of your existing phone. Need extra battery life and don’t plan to take any pictures? You may be able to remove the camera module and add a second battery without even rebooting your device.

Is your screen cracked? No need to go to a repair shop. Just pop out the display module and slide in a new screen.

While modules will let you customize your device’s hardware, you can also customize the design of those modules: Google plans to make it possible to decorate each model at just about the same time that you purchase it. 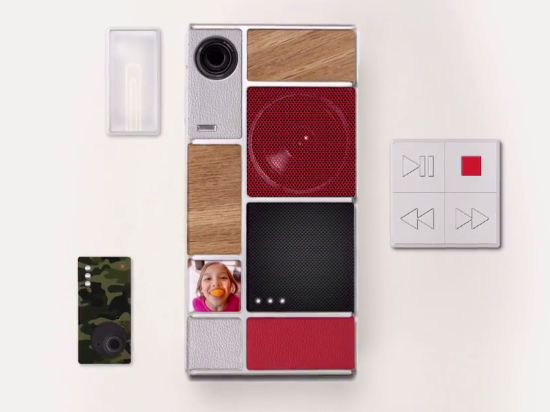 This week Google is introducing the latest Project Ara prototype, called Spiral 2. It’s a bit step up from the first-generation prototype and inches closer to being a real phone that you’d actually want to use.

Spiral 2 includes a 3G modem, a new software protocol that allows modules to communicate with the endoskeleton (and each other), and updated developer tools, among other things. 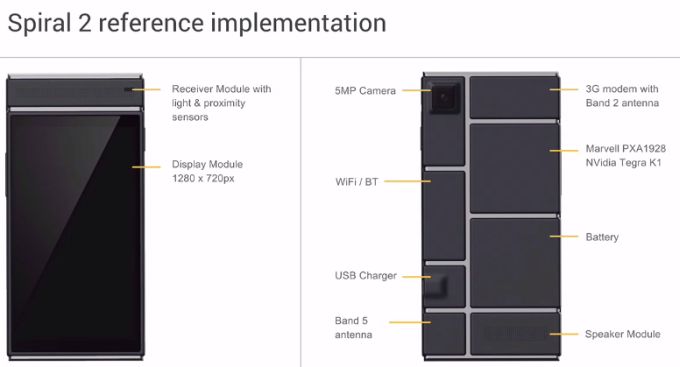 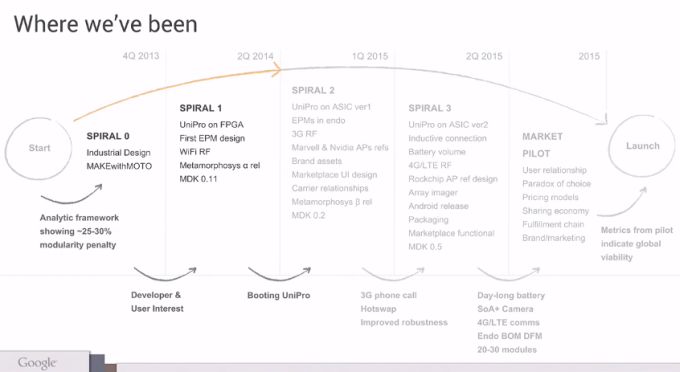 Spiral 3 is due in the 2nd quarter of 2015, and by that time Google hopes that Project Ara is competitive with current state-of the art phones.

That means the Spiral 3 design should be able to get all-day battery life and support 4G LTE, among other things. The cost or production will also need to be lowered.

Google is a bit vague on how much a Project Ara smartphone will cost… which makes sense, since the price will vary depending on the modules you’ll use. But it’ll be interesting to see how much an endoskeleton with a few basic modules costs.

Google also hopes to have 20 to 30 different modules available for Spiral 3, and the goal is to allow battery hot swapping so that you can remove and replace batteries while your phone is active.