Mozilla’s Firefox OS is an operating system designed around the same technology used in the Firefox web browser. It’s based on open source software and designed to make it easy for anyone to create third-party apps using web tools such as HTML5.

Initially Firefox OS was positioned as an operating system for smartphones and tablets. But recently we’ve seen it make the jump to smart TVs and other TV accessories.

Soon we could also see Firefox OS on wearables. 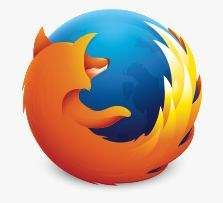 According to Computer World, Mozilla is working on bringing Firefox OS to smartwatches, smart glasses, and other devices that are designed to be worn on your body.

Mozilla isn’t the only company hoping to get in on the wearable action. Apple’s smartwatch will hit the streets this year. Google’s Android Wear powers a number of smartwatches from companies including LG, Samsung, Motorola, and Asus. Samsung has its own Tizen-based software for wearables. And this week we learned that LG is working on smartwatches with webOS software.

But if Firefox OS takes off as a platform for connected devices ranging from TVs to phones to watches, it could be more like Android than anything else: an operating system that just about any device maker can use without having to go through the process of developing their own software.

While companies like LG and Samsung want their own operating systems so they have more control over the software ecosystem of the products they sell, Android and Firefox OS create lower barriers for entry. Hardware startups can easily use the software without a team of software engineers working to figure out what kind of user interface to develop.

Where Mozilla hopes to differentiate itself is with its web app-centric approach to software and its open source code base. While Google releases source code for each new build of Android, the company only does it after the software is ready for public consumption. Actual development happens behind closed doors.

There’s no word on when we’ll start to see wearables with Firefox OS software.