Those features alone might be enough to justify the $399 asking price at a time when many Android tablets sell for less than as much. But there’s something else that makes Dell’s tablet stand out: it’s the first Android tablet to ship with an Intel RealSense Snapshot camera.

An Intel rep showed me how the depth-sensing camera lets you edit images after they’re recorded. 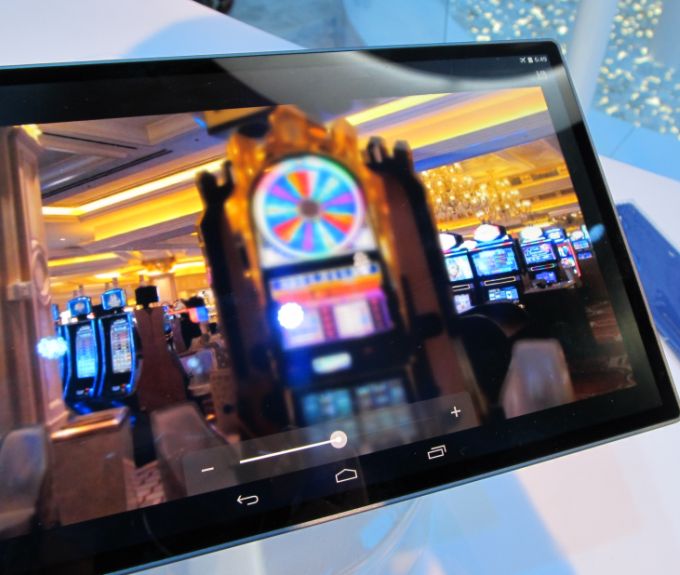 For example, you can snap a picture and adjust the focus after the fact so that items in the background become sharp while those in the foreground are blurred… or vice versa.

You can also use depth to adjust the color. Want to make everything in foreground black and white while retaining color in the background? You can do that.

There’s also a measurement tool that lets you figure out the height or width of real-world objects using nothing but the tablet’s depth-sensing camera and Dell’s Gallery app.

While the camera is certainly one of the tablet’s stand-out features, the Venue 8 7000 is eye-catching due to its bright, high-resolution display and slim bezels as well as its svelte size. It also feels lighter in the hand than most tablets with similarly-sized displays.