Thousands of companies descended on Las Vegas for the Consumer Electronics Show this week, to show off their latest laptops, tablets, desktops, smartphones, processors, game systems, accessories, and other technology.

But while big name including Toshiba, Panasonic, Sony, and Samsung dominate the show floor, many companies including HP, Dell, Lenovo, Asus, and Acer don’t bother exhibiting at the Consumer Electronics Show at all: instead they hold their own press events, one-on-one briefings, and attend smaller, shorter exhibitions put on by Pepcom and Showstoppers.

And then there are the hundreds of companies who from China, Taiwan, Korea, and other countries who operate small booths on the periphery of the big convention halls. You’ll find some of these companies throughout the miles of show floor space, but there’s one area that’s dedicated to them: the Global Technology Marketplace at the WestGate.

For the past few years I’ve made a point of visiting some of these smaller companies to see what products they’re showing.

This is a short video I shot to give you an idea of what it’s like to walk through the Global Technology Marketplace. The video was pretty shaky (I don’t really have the right gear for this sort of thing), so I ran it through YouTube’s stabilizer tool… which makes it a little easier to watch without getting sick, but which also decreases the quality a bit.

If you’d like to see the original video (I don’t recommend it), you can check it out in all its shaky splendor. 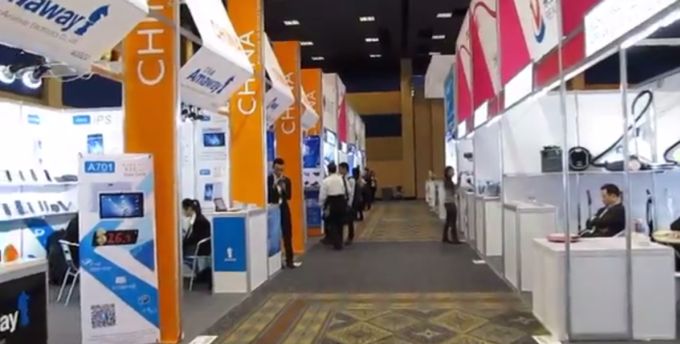 Not long ago I had a hard time explaining to them why I was even interested: they came to the United States to find resellers, distributors, and other partners to bring their products to local markets and didn’t always understand what interest a journalist had in their products.

The fact that I don’t speak Mandarin or Cantonese didn’t help.

This year most of the manufacturers I met at the Global Technology Marketplace understood that talking to journalists could be a good way to drum up interest in their products without making an immediate sale. 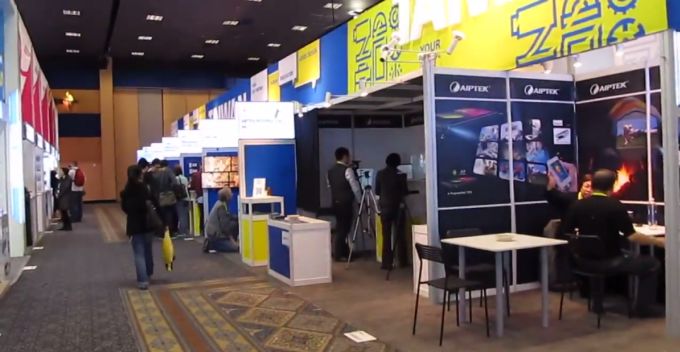 In fact, after speaking for a few minute with a representative of one company, I handed her my business card and she realized for the first time what website I run and her eyes widened as she looked at me and said, “I know this website, it’s very famous!”

I guess we’re big in China… among Shenzhen manufacturers looking to sell their products to international audiences through AliExpress, anyway. It’s an interesting type of fame.

Anyway, since these manufacturers make many of the products that are sold in China as well as devices which are rebranded and sold internationally, it’s always interesting to see what products they’re displaying at CES. It’s a way to sort of take the pulse of one big, but not often discussed part of the consumer electronics industry. 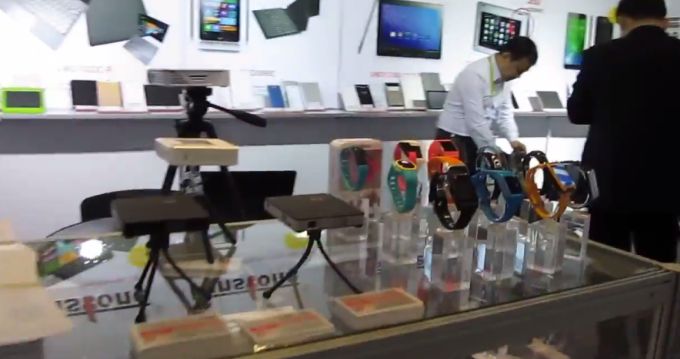 So what did I see as I scrolled through the marketplace this year? There were a lot of Bluetooth speakers and headphones, many portable power banks and a lot of cases for smartphones and tablet. This tends to be true every year.

What’s new is the growing number of smartphones and tablets that actually look like pretty decent products. In the past I’d seen dirt cheap Android tablets (and notebooks) with awful screens, slow processors, and shoddy build quality. 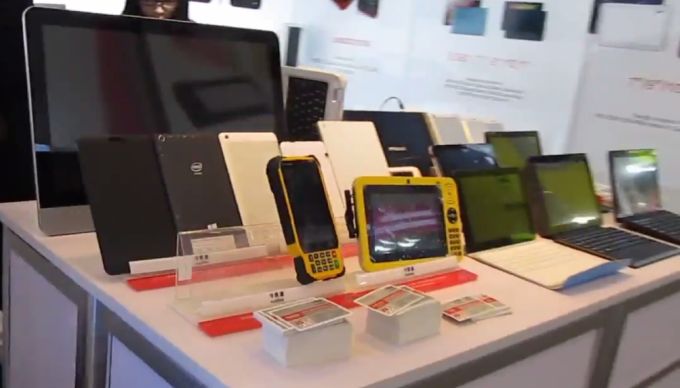 This year I saw at least as many Windows tablets and Android models, thanks to Intel and Microsoft’s efforts to lower the prices of their chips and software. And they had the same kind of hardware you’d expect to see from the latest models from HP, Dell, Acer, or other companies with better name recognition in the West.

Given that we’ve been covering Chinese tablets pretty regularly for the last few years, I guess this shouldn’t come as a surprise. But it’s interesting to see that not only are these Asian vendors showing higher-quality hardware, but the horrible tablets that I wouldn’t wish on an enemy seem to be few and far between these days.