The next-gen Apple TV is Apple’s first set-top-box to support an App Store for third-party apps and games and to feature support for voice controls thanks to Siri.

Apple unveiled the new Apple TV in September. Now CEO Tim Cook says you’ll be able to order one October 26th, with purchases shipping by the end of the week. 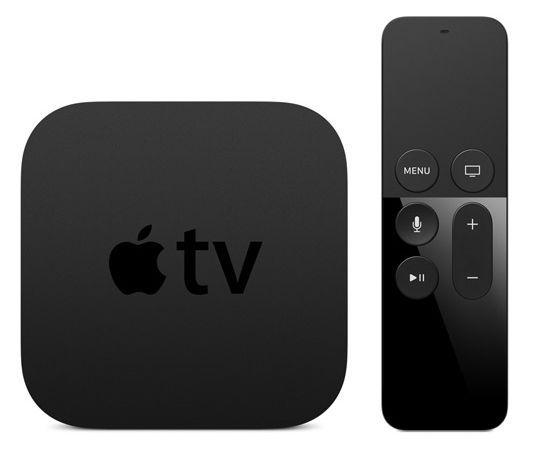 That makes the new Apple TV more expensive than the latest media streamers from Roku, Amazon, and Google. But the entry-level model is still cheaper than an NVIDIA Shield console, which has a starting price of $200.

It might be silly to compare the Apple TV with an NVIDIA Shield though: while both support media streaming and some gaming, Apple’s device has one killer feature for Mac and iPhone/iPad users: tight integration with iTunes and the Apple ecosystem. The Shield, meanwhile, runs Google TV software and places an emphasis on gaming and graphics (it supports 4K video, which the Apple TV does not).

The new Apple TV has 2GB of RAM, 802.11ac WiFi, 10/100 Ethernet, and a new remote control with a glass touchpad, an accelerometer, and a microphone. You can use it as a motion controller or use the touchpad to interact with apps and games. And you can use the mic for voice commands and searches.