Toshiba will launch a 12.5 inch detachable notebook/tablet with an Intel Core M Broadwell processor and up to 16 hours of battery life early next year.

We spotted a listing for the Toshiba Portégé Z20t at the FCC last month, and a few days later Toshiba officially unveiled the 2-in-1 computer, saying it’ll be available in the UK in the first quarter of 2015. There’s no word on a US launch, but I wouldn’t be surprised to see this portable notebook at the Consumer Electronics Show in January. 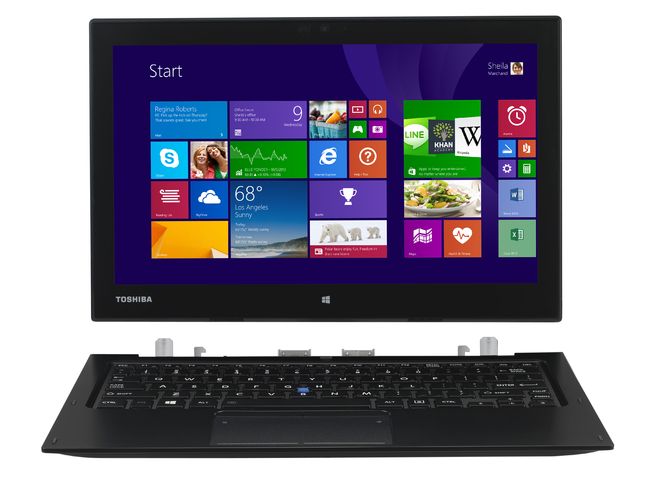 The Toshiba Portégé Z20t features a 12.5 inch, 1920 x 1080 pixel IPS display with a capacitive touchscreen and optional support for a Wacom digitizer.

The tablet features an Intel Core M processor with Intel HD 5300 graphics, up to 8GB of RAM, and up to 256GB of solid state storage. It has a micro HDMI port, micro USB port, microSD card slot, and headest jack and up to 8 hours of battery life.

Attach the laptop dock and you get a full keyboard and touchpad, a full-sized HDMI port, 2 USB 3.0 ports, VGA, Gigabit Ethernet, and an extra battery which allows you to get twice as much run time when using the Portégé Z20t as a laptop.