Toshiba launched a wearable fitness tracker in Japan this summer. Now it looks like the company could be bringing an activity tracker to the United States.

The Toshiba Activity Tracker showed up at the FCC website this week. 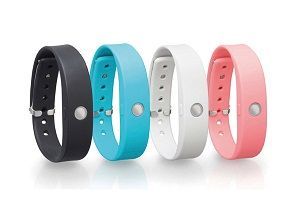 According to a user manual at the FCC, the activity tracker fits into a wristband so you can wear it throughout the day to monitor activities including walking, running, and sleeping. It pairs with a iPhone or Android smartphone over Bluetooth to share data with a mobile app.

You can also pop the charger out of the wristband and place it in a charging base to recharge the battery.

There’s no word on when the Toshiba Activity Tracker will be available in the US or how much it’ll cost, but it’ll enter an increasingly crowded market where it will compete with devices from Jawbone, Fitbit, LG, Withings, Misfit, and others.