Firefox OS is an operating system for smartphones and tablets that’s designed to run web apps. It’s developed by the makers of the Firefox web browser, and included on a handful of phones sold in parts of Europe, South America, and Asia.

Up until recently most Firefox OS phones have been entry-level devices, but Japanese wireless carrier KDDI has just introduced a model which has the specs of a modern, mid-range smartphone… and a bit more style than most other mid-range phones.

The KDDI Fx0 smartphone with Firefox OS launches on Christmas Day in Japan. 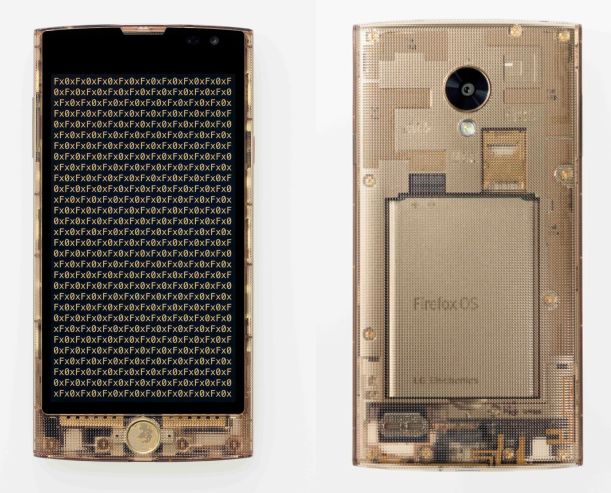 Mozilla calls it the first “high-spec Firefox OS smartphone,” but it really seems to have the kind of specs we’d see from a mid-range Android phone. Still, it’s one of the most powerful Firefox-powered phones to date. It’s also the first to support 4G LTE.

The Fx0 is also the first Firefox OS device with a transparent case that lets you see the battery, memory card, and some of the circuitry that’s under the hood. Mozilla’s mobile operating system is based on open source software, and part of the idea here is to present a phone that’s literally as transparent as Firefox.

While most Firefox OS phones released so far have been low-cost devices with entry-level specs, there’s nothing about the operating system that would keep it from working with higher-end hardware. Mozilla and its partners have just been going after the largely untapped market of first-time smartphone buyers in developing markets. If the Fx0 is a success it could pave the way for more Firefox OS devices with mid-range or high-end hardware.