HP has launched a new line of portable notebooks that measures just 0.6 inches thick, weigh as little as 2.3 pounds, but which have military spec-tested cases which can withstand drops, shocks, humidity, and extreme temperatures, among other things. 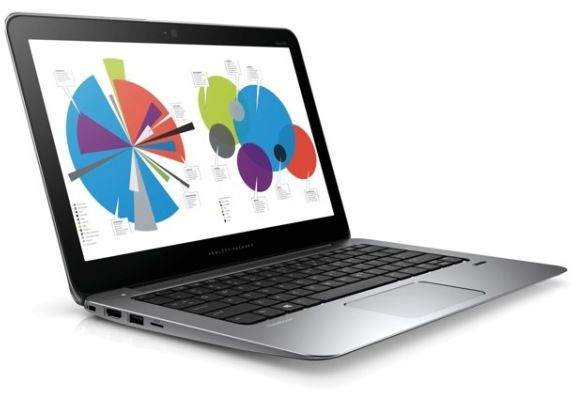 Both laptops are powered by Intel Core M Broadwell processors, offer up to 9 hours of battery life, and feature enterprise-friendly features including TPM security and fingerprint readers.

The standard model weighs 2.7 pounds, while the special edition is just under 2.3 pounds thanks to a magnesium-lithium alloy and carbon fiber case.

The notebooks feature 12.5 inch screen, with the basic model featuring a 1920 x 1080 pixel display with an optional touchscreen and the special edition version featuring a 2560 x 1440 pixel quad HD display.

HP will offer models with up to 8GB of RAM, up to 256GB of solid state storage.

Pricing will be announced closer to the launch date for the laptops, but don’t expect these enterprise-friendly machines to come cheap.

9 replies on “HP EliteBook Folio is a thin, light, and business-class notebook”