It’s been a couple weeks since Google released Android 5.0.1 for a handful of devices including Nexus phones and tablets. Now it looks like the Nexus 5 smartphone is next in line for the update.

Google will probably release a factory image soon, but both Sprint and T-Mobile have issued notices suggesting that an over-the-air update will begin rolling out today, bringing Android 5.0.1 to the Nexus 5. 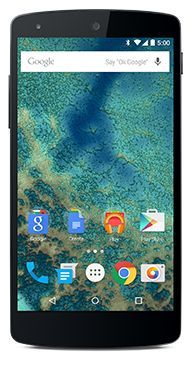 The Nexus 5 was launched as Google’s flagship Nexus phone in 2013, and while Google hasn’t committed to continue selling the device past the first quarter of 2015, the 5 inch smartphone has aged pretty well.

It has a 1920 x 1080 pixel display, 2GB of RAM, and a Qualcomm Snapdragon 800 quad-core processor. It was one of the first devices to receive an Android 5.0 update, and while some users have had a few problems with that update (my WiFi sometimes disconnects overnight and battery life leaves a lot to be desired), Google’s latest software runs pretty smoothly on last year’s phone.

The Android 5.0.1 update isn’t expected to add any new features, but it should fix some bugs and hopefully improve stability.

Update: Don’t want to wait for the over-the-air update to roll out to your phone? Droid Life has posted a download link which you can use to manually flash the update.