The BlackBerry Classic is a smartphone that looks a lot like the company’s older phones thanks to its QWERTY thumb keyboard, trackpad, and navigation buttons. But the phone also has modern touches including a touchscreen, a dual-core processor, and BlackBerry 10 software with support for BlackBerry and Android apps.

BlackBerry started taking pre-orders for the Classic in November. But the phone is officially available for purchase starting today from wireless carriers and retailers including Amazon. 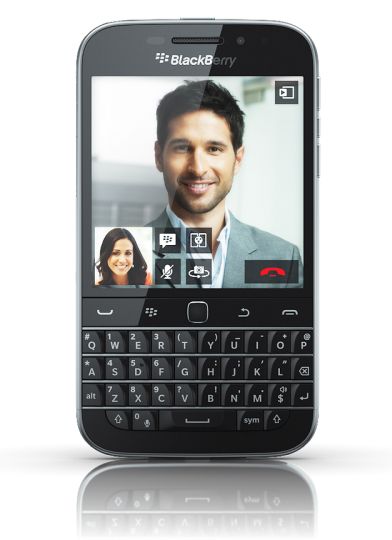 The keyboard and square screen help set it apart from most modern smartphones. But compared with an older BlackBerry it has a faster processor, a bigger, higher-resolution display, longer battery life (the company promises up to 22 hours of use), and support for more apps (it has the Amazon Appstore for Android as well as BlackBerry’s own app store).

Want an even bigger screen (and smaller keyboard)? BlackBerry also launched the PassPort earlier this year. That’s a phone with a 4.5 inch, 1440 x 1440 pixel display, a 13Mp camera, 32GB of storage, and a slim, touch-sensitive keyboard. It’s a more expensive device though, priced at $599.