In other words, the number of third-party apps available for the Fire TV product family could get a shot in the arm soon if developers start bringing existing web apps to the platform. 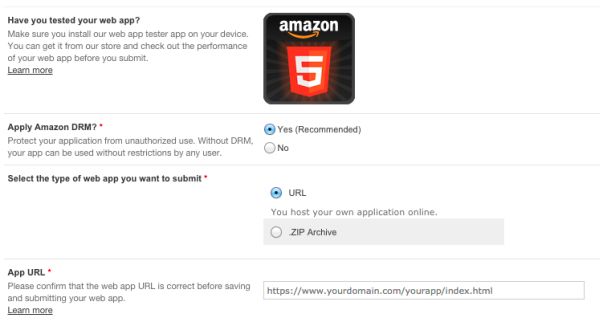 Amazon already allowed developers to publish HTML5 apps for its Fire tablets and the Fire phone. But now Amazon WebView has been updated to support the Fire TV and Fire TV Stick remote controls, the Fire TV game controller and other gamepads, and other TV-specific features.

There’s also a new starter template app that’s optimized for a 10-foot experience (which means it looks good when you’re sitting on the couch staring at a TV rather than when you’re holding a tablet a foot or two from your eyeballs).

I’ve been pretty impressed with the Amazon Fire TV Stick I picked up last month and I’ve been using it to stream content from Amazon Prime Video, Amazon Prime Music, Netflix, and YouTube. But I wouldn’t mind seeing a wider selection of apps for the Fire TV family.