Google isn’t the only company working on a modular smartphone project. Google’s Project Ara is an effort to create a platform that lets customers buy the skeleton of an Android phone and then add modules for the processor, storage, display, battery, camera, and other components. The first Project Ara devices could ship in 2015.

But Chinese phone maker ZTE also showed off its own modular smartphone concept earlier this year, and now a new started called Vsenn is working on its own modular, upgradable phone. 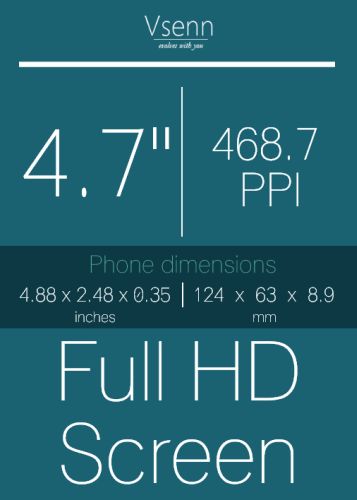 There aren’t a lot of details about the Vsenn project yet, but the idea is that you’ll be able to upgrade or replace three different modules:

That means you could buy a phone when it’s launched, and upgrade the processor and memory in a year or two when faster hardware is available. You could also theoretically keep a few battery modules around: a slim one for everyday use and a thicker (but more powerful) battery for times when you don’t expect to be able to recharge your phone.

One of Vsenn’s co-founders is said to be a former program manager who worked on the Nokia X line of Android smartphones, and the company says its new phones will ship with stock Android software and will receive software updates for 4 years. That’s longer than Google offers updates for its own Nexus phones.

Vsenn is also emphasizing security features including encryption and free access to a VPN network.

That’s assuming Vsenn actually brings its modular phones to market. Right now all we know about the project is what’s written on the company website… which isn’t very much.

The team did post an image on Twitter suggesting that the first of its phones will have a 4.7 inch, full HD display and measure 4.9″ x 2.5″ x 0.35″ which suggests that there’s at least a prototype… or a design in place.