The Intel Reference Design for Android (IRDA) provides manufacturers with a list of officially supported hardware and guaranteed software support: tablets based on IRDA designs will get the latest versions of Android no later than 2 weeks after Google makes each OS update available.

Now German company TrekStor has launched the first tablet based on an IRDA design. 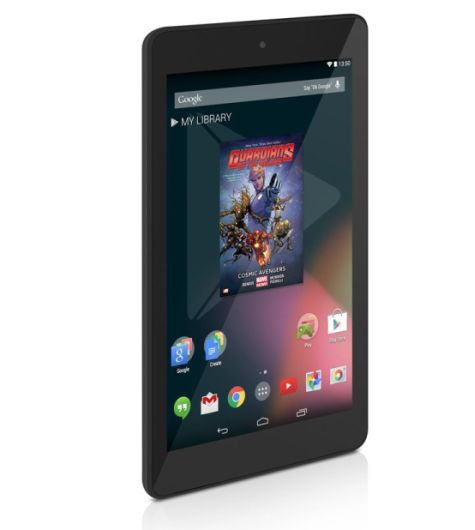 The tablet has a black plastic and metal case, measures 9mm (0.35 inches) thick and weighs 308 grams (about 11 ounces). It’s expected to ship with Android 4.4 KitKat, but if Intel lives up to its promise, the SurfTab xintron i 7.0 should receive an Android 5.0 Lollipop update soon.

Amazon Germany is already taking orders for the tablet for 134.50 Euros, but it’s currently out of stock.