Earlier this year Microsoft demonstrated a new, nearly real-time translation system that lets you chat with someone face-to-face over Skype while speaking different languages.

Now the company is getting ready to launch a preview program, and you can sign-up to be one of the first people to test Skype Translator. 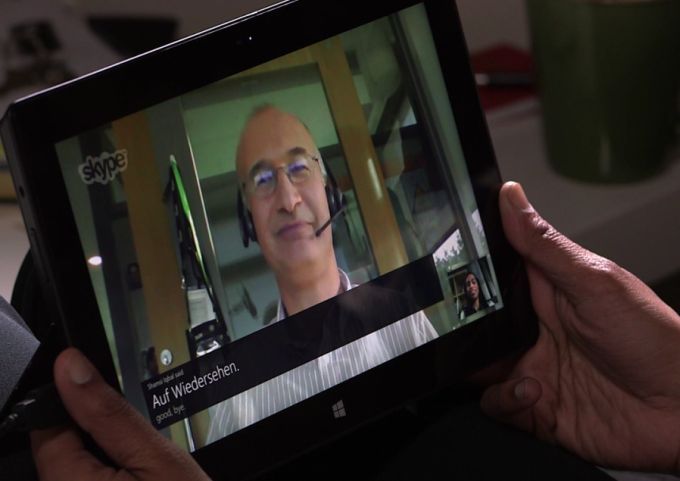 The preview program will be free to use, but you’ll need a Windows 8.1 laptop, desktop, or tablet to try the software. At launch only a small number of languages will be supported, but testers can provide input about what operating systems and languages they’d like to see Microsoft focus on in the future.

Microsoft produced a demo video showing how Skype Translator could allow you to speak in English, for instance, while a German speaker on the other end of the call would see your words translated into English on the screen, while the software speaks the translated words aloud.

If you’ve ever used Google or Bing to Translate a foreign language website, you know that machine-generated translation can be a bit wonky at times. But it’s certainly better than nothing. Being able to speak to distant relatives, pen pals, or business contacts without learning their language could be really cool… as long as the translation is halfway decent.