ReactOS is an open source operating system designed to be compatible with Windows 2000 (and later) apps. It’s been in development for nearly two decades (it actually predates Windows 2000 and grew out of a project called FreeWin95) and it’s still very much a work in progress.

But the developers unveiled two interesting milestones this week. First, ReactOS can now read files from NTFS volumes on a hard drive. Second, ReactOS 0.3.17 was released with an early build of NTVDM, a tool that adds support for 16-bit Windows apps for folks that want to run legacy software. 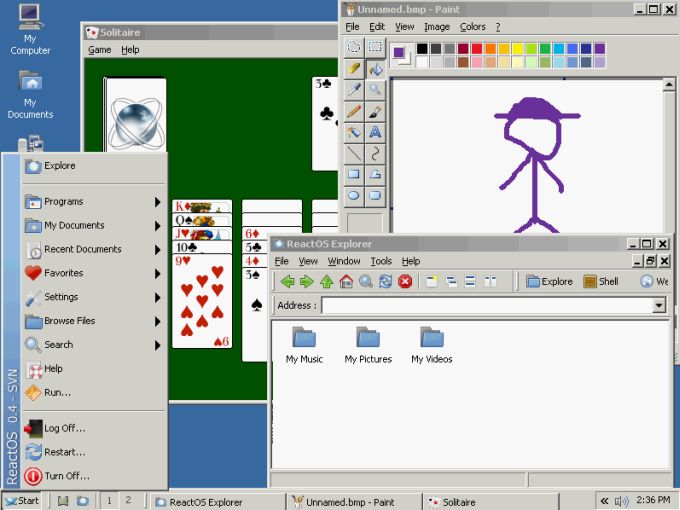 ReactOS should look familiar to anyone who’s used older versions of Microsoft Windows. It has a desktop, start menu, and taskbar as well as a Windows-like file explorer. It even comes with Solitaire and Minesweeper pre-installed.

But unlike Windows, ReactOS is an open source project that uses Wine and other tools to enable support for Windows apps.

With the launch of Windows 10 around the corner, the idea of a project designed to be compatible with Windows NT and to look like Windows 2000 might also seem a bit strange. But fans of open source software, not to mention fans of the classic Windows experience who have been less-than-thrilled with the direction Microsoft has taken in recent years might want to keep an eye on this project.