Titanium Backup is probably one of the most useful apps you can use on a rooted device — but now that Android 5.0 Lollipop is rolling out to some devices, the bad news is that Titanium Backup doesn’t officially support Lollipop.

The good news is that the developer has released a test version that does work with Android 5.0.

Update: The first full version of Titanium Backup with support for Android 5.0 was released on November 14th. You can now download Titanium Backup 6.2 or later from the Google Play Store. 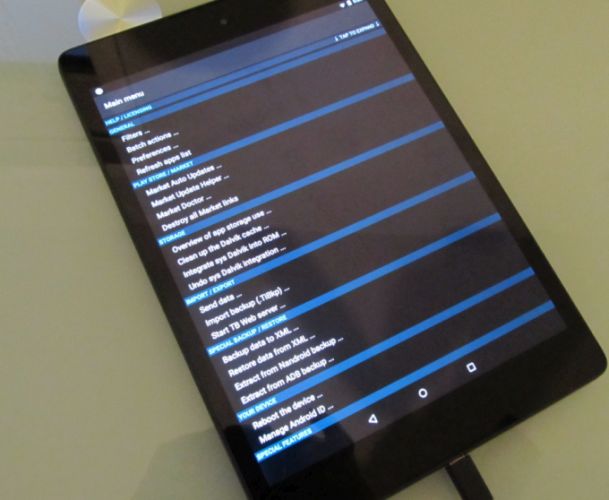 Titanium Backup is pretty much the app that makes me want to root any Android device I use. It allows you to backup and restore all the apps on your phone or tablet, along with associated data.

That way you can restore older versions of apps if you’re not happy with the latest update. And if something goes wrong with your phone you can restore from an older backup. Heck, even if you lose or break your phone Titanium Backup can save your data: it has an option to upload your data to Google Drive, Dropbox, or Box.

You’ll need a rooted device to use the new version of Titanium Backup, and since this is a test version of the app it might not be as reliable as earlier builds. But after spending the past few weeks running Android 5.0 while testing the Nexus 6 and Nexus 9, it’s nice to be able to use Titanium Backup again.