Google Android 5.0 includes audio improvements that, among other things, will make it easier to use an Android phone or tablet for professional music production. But if you have a Samsung Galaxy Note 4 or Galaxy Note Edge you don’t need to wait for Android 5.0.

IK Multimedia has released new hardware and software that lets you plug a guitar or bass into either of those phones and use them as digital effects pedals. 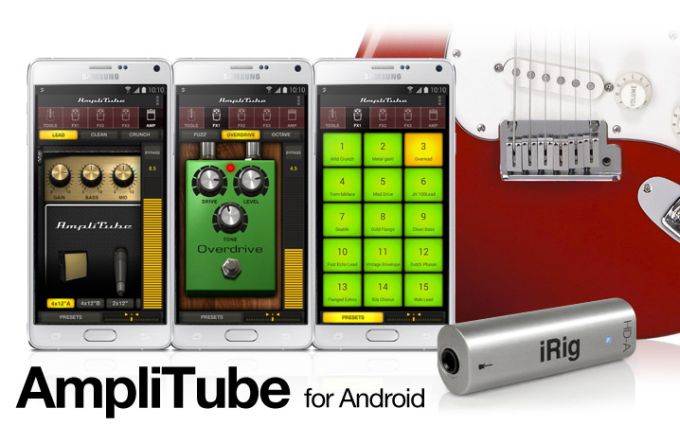 The iRig HD-A is a $99 digital interface that lets you connect a guitar to your Android phone, while AmpliTube for Android is a $20 app that gives you up to 3 stompbox effects at a time, as well as digital amplifiers, cabinets, and microphones.

You can apply effects such as delay, fuzz, wah, chorus, or distortion and use amps including clean, crunch, or bass as well as dynamic or condensor-style mics.

The reason the new setup works exclusively with Samsung’s latest phones is that it makes use of the new Samsung Professional Audio SDK with support for low-latency audio, USB input, and other features. In other words, you can now use some Android devices for audio and music production the same way you would an iPhone or iPad.

You can use the AmpliTube app to apply effects while you’re playing live, or you can use it as a plugin for the Samsung Soundcamp app which lets you record and edit music tracks.