Minix has launched a new TV box which lets you run Android apps, stream 4K video, and surf the web over WiFi or Ethernet on your TV.

The Minix Neo X8-H Plus is now available for about $160. That makes it one of the more expensive Android-powered TV boxes on the market. But it’s also one of the most powerful devices of its type. 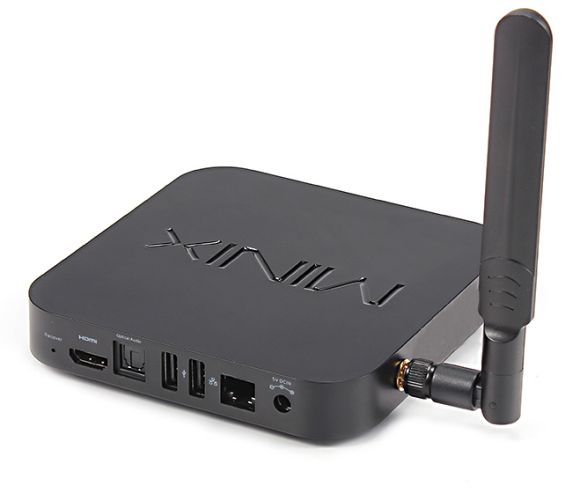 You can connect the box to your TV with an HDMI cable, and it has a 3.5mm mic and headphone/speaker jacks as well as optical S/PDIF output, an IR receiver, a microSD card reader,  3 USB 2.0 ports, and a micro USB port along with a separate power jack.

It also comes with an infrared remote control and features an external antenna.

The box runs Android 4.4 KitKat rather than Google’s new Android TV software. That means you’ll be able to run more apps on the Minix Neo X8-H Plus than you can on a device like the Google Nexus Player… but there’s a chance that some of those apps will be tough to use with the included remote.

Update: It looks like the device actually comes with two remotes: a standard IR remote control a second model with air mouse functionality.

Geekbuying and Gearbest are both selling the Minix Neo X8-H Plus for about $160.