Microsoft launched a suite of Office apps for iPads earlier this year. Now the company is bringing its new Office apps to iPhones and Android tablets… although the Android versions of Word, Excel, and PowerPoint are still in the “preview” stages. Full versions are expected to launch in early 2015.

Microsoft is also updating its iPad apps to provide a more consistent experience across all devices. 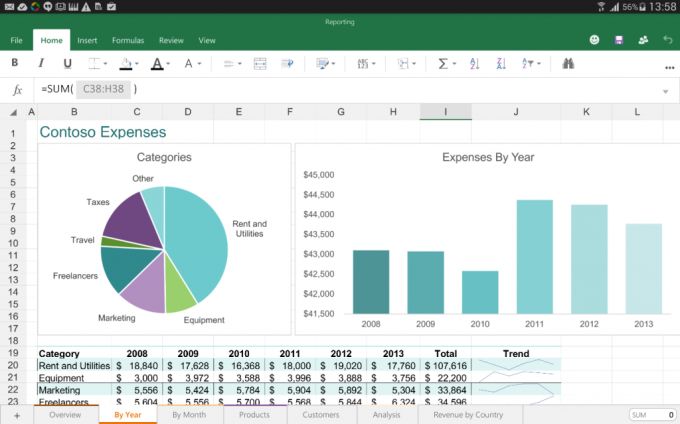 Users can also now create and edit documents on an iPhone, iPad, or Android device for free — you don’t need an Office 365 subscription. Up until recently, Office for iPad users could view or share documents… but they couldn’t create new ones.

Folks who do pay for a subscription do get extra features: In addition to the ability to use the latest desktop Office apps on a Mac or Windows PC, Office 365 subscribers get unlimited cloud storage with OneDrive, integration with Dropbox, and more.

In other words, don’t expect to see that version of Windows tablets this year. It’ll probably launch alongside (or after) Windows 10 in 2015.

If you want to participate in the Office for Android tablet preview you’ll need to sign up and request an invitation from Microsoft.