Chip maker Marvell launched its first processor based on an ARM Cortex-A53 design earlier this year. Now the company has two more chips on the way. Both are based on ARMv8, 64-bit architecture, feature support for 4G LTE networks, and are aimed at smartphones and tablets. 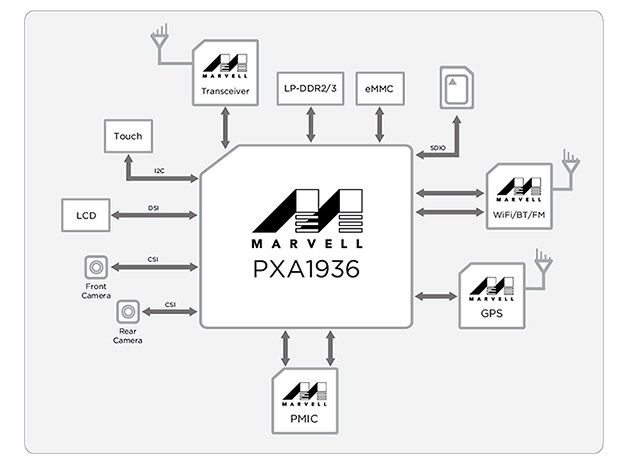 Marvell says the octa-core version will support clock speeds up to 1.5 GHz, camera sensors up to 16 megapixels, and feature support for 1080p HD displays, video encoding, and decoding.

The quad-core version has slightly more modest specs including clock speeds up to 1.2 GHz, support for camera sensors up to 13MP, and support for 720p displays (although there’s still support for 1080p video decoding).

Marvell is targeting entry-level phones and tablets with the PXA1908 chip, while the octa-core PXA1936 targets higher-end devices. But while both systems-on-a-chip are 64-bit technology, bear in mind that they use the lower-performance ARM Cortex-A53 designs rather than higher-performance Cortex-A57 architecture.