The Google Nexus 9 is one of the first devices to ship with Android 5.0 Lollipop and it’s also one of the first Android devices to feature an NVIDIA Tegra K1 64-bit processor. So it took a a little longer than usual for someone to figure out how to root this Nexus device… but just a few hours.

Developer Chainfire has released an updated version of SuperSU and a patched kernel. 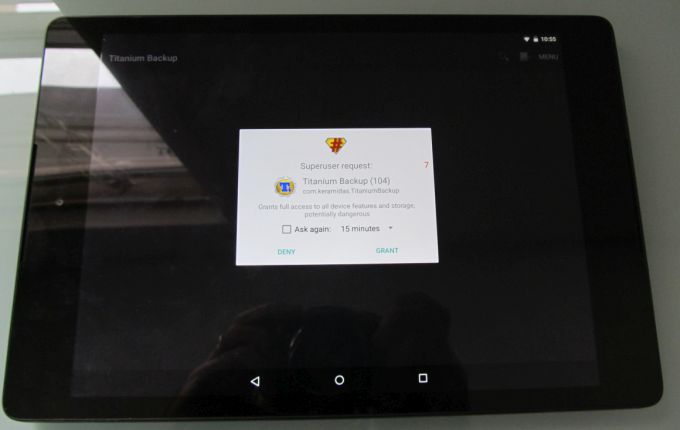 Rooting a device allows you to run apps that have access to files and settings which might not otherwise be available. Not all apps that require root access have been updated to work with Android 5.0, and thanks to enhanced security features in the operating system it’s possible that some Android apps that worked on older versions will never support Lollipop.

Eventually Chainfire’s tools will be built into CF-Auto-Root, but as of November 5th, 2014 here’s how to root a Nexus 9 tablet:

First, you’ll need to install the Android SDK and/or have the latest versions of adb and fastboot on your system. If you don’t know what that means, you’ll probably want to wait for a simpler method to root your device (or consider not rooting). All of that is to say that there’s always a chance something could go wrong here and you shouldn’t hold me (or Chainfire) responsible.

Oh yeah, one more note: Do not use the Nexus 9 version of SuperSU on any device other than the WiFi-only Nexus 9.

The first step requires unlocking the bootloader. Note that this will wipe data from your device just as if you had performed a factory reset, so if you have anything to back up, you should do that before you get started.

1. Open the Settings and scroll down to the “About tablet” section.

2. Tap the “Build number” 7 times until it says that you’re a developer.

3. Go back to the Settings menu and select “Developer options.”

4. Check the boxes next to “USB debugging” and “Enable OEM unlock.” 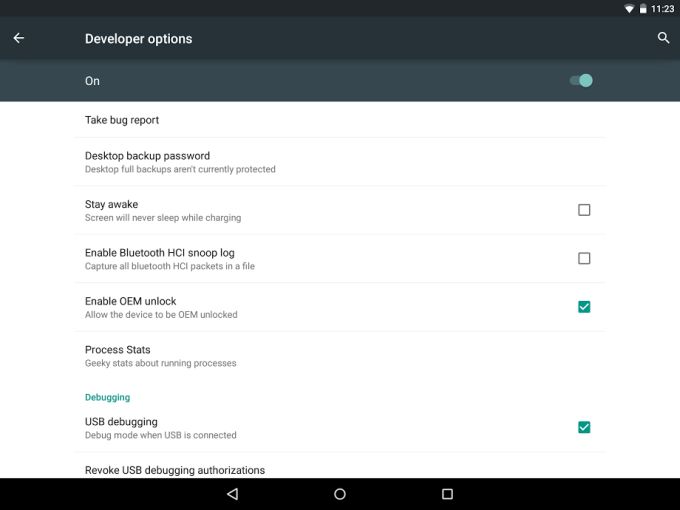 5. Connect your tablet to a PC with a microUSB cable, fire up a command prompt or terminal window, and type “adb reboot bootloader to reboot your device into the bootloader. If nothing happens, try “adb devices” to see if your PC recognizes the tablet. If not, you may need to futz with the USB debugging option or update the Android SDK on your computer.

6. Once you’re at the bootloader, type “fastboot oem unlock” in your terminal window and confirm that this is what you want to do if you’re asked.

6a. Note that you need to be in fastboot mode for this. If your tablet says HBOOT instead, use the volume buttons to move up to the FASTBOOT option and hit the power button to select that option.

Now the tablet will wipe your data, void your warranty, and dump you back at the bootloader menu.

For this next part, make sure you’ve downloaded and unpacked Nexus9-root-SuperSU-v.2.18.zip or the latest version of Chainfire’s SuperSU.

Check the xda-developers forum for the latest download link.

1. Make sure the inject.img and patched.img files are in the same directory as your fastboot executable. If you don’t want to do that, you’ll just have to type the entire directory path for the img files, so this is just a time-saving step.

2. Type “fastboot inject.img” to install SuperSU. Wait a moment and the system will return to the bootloader menu.

3. Type “fastboot flash boot patched.img” and wait a moment for the system to return to the bootloader menu.

4. Reboot your device by typing “fastboot reboot” or by pressing and holding the power button for 10 seconds. 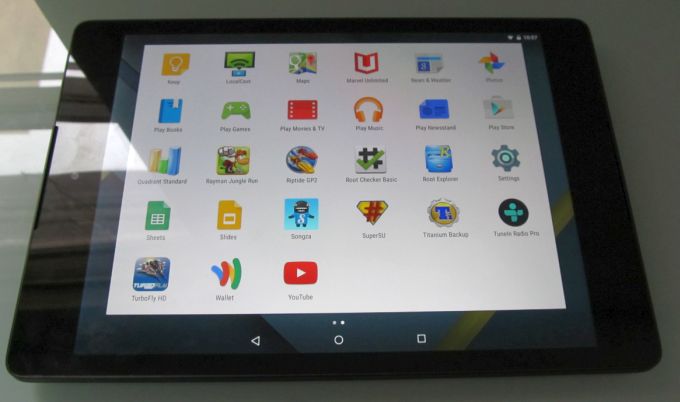 That’s it. When your system reboots, you should see SuperSU in the App Drawer, and when you run supported apps that require root access, a pop-up message will ask if you want to provide root privileges.

Just be aware that Android 5.0 is still pretty new and some apps that worked on earlier versions of Android may not work yet (or ever).