The next major release of the Fedora Linux-based operating system is scheduled for December, but you can take a beta version of Fedora 21 for a spin today.

Version 21 is the first update based on Fedora.next, an initiative to separate the operating system into three different variants. Fedora Workstation is for desktop and laptop users, while Fedora Server is aimed at web or file servers. There’s also a Fedora Cloud version designed for creating private clouds or other simple projects.

Update: Fedora 21 is out of beta, and ready to go. 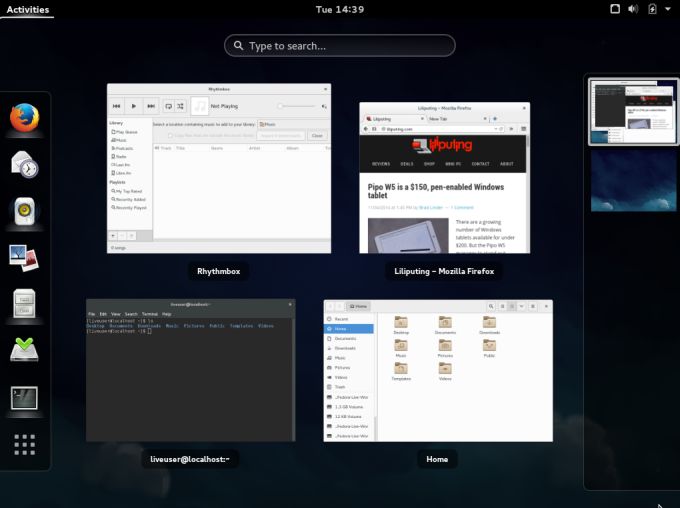 I took Fedora 21 Workstation for a quick spin in VirtualBox, and it seems pretty like a pretty versatile desktop operating system based on the GNOME 3.14 desktop with the Wayland display server, a suite of default apps including Firefox, LibreOffice, and Rhytmbox, and a Software Center for finding and downloading additional software.

Fedora doesn’t get as much attention as Ubuntu, Linux Mint, or some other Linux-based operating systems these days. But the community-supported outgrowth of Red Hat Linux has been around for over a decade and at least as of a few years ago, it was the operating system that Linux founder Linus Torvalds used on all of his computers.

One reply on “Fedora 21 Beta released in Workstation, Server, and Cloud flavors”