Dell is showing of a concept for a smart desk of the future that combines a touch-sensitive tabletop display with a traditional model for a multi-display setup where the touchscreen is the one that’s closer to your hands.

The idea is that artists, engineers, architects, and other professionals would be able to write, draw, and manipulate digital content on the horizontal screen while viewing the results (or something else entirely) on a vertical display.

But while Dell is positioning this concept as a smart desk of the future concept, it kind of looks like something HP already offers. 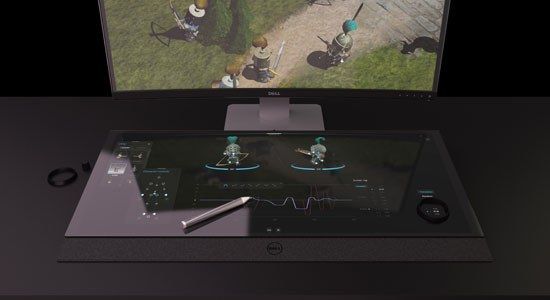 While the mat isn’t an LCD display like the one shown in Dell’s video, the Sprout has a DLP projector which can project images onto the mat so you can use it like a display. The HP Sprout also has a 3D camera system that lets you scan objects placed on the mat to create digital copies of physical items which you can then manipulate via software. 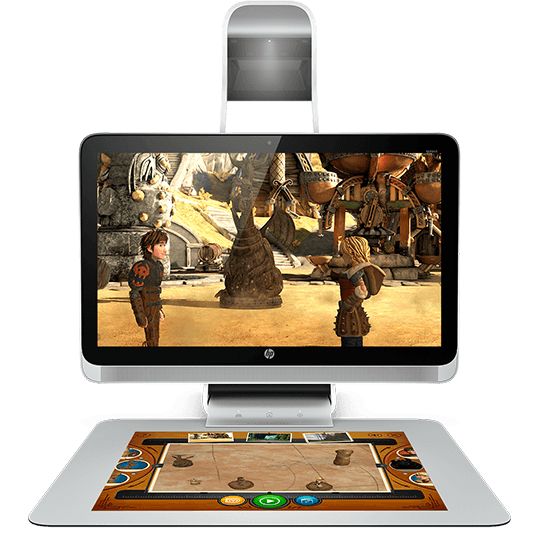 Dell’s concept and HP’s reality aren’t exactly the same. Dell’s smart desk supports pen input, has an actual horizontal display rather than a projector, and features custom software. But unlike Dell’s Smart Desk of the future, the HP Sprout is available now. HP sells it for $1900.