Want to record a screencast on your Android phone or tablet? If you’re running Android 4.4 or earlier you may need to use the android SDK (or root your device). But starting with Android 5.0 Lollipop screen recording doesn’t require any special privileges.

So developers can create third-party apps that let you record a screencast with the tap of a button. There are already a few available in the Play Store including SCR Screen Recorder 5+ and ClockworkMod’s Mirror Beta. 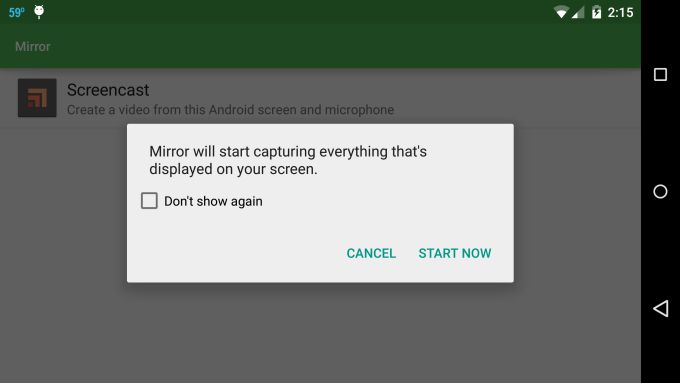 Both apps let you record videos on your phone. SCR has a detailed settings page that lets you choose your video encoder, resolution, and frame rate, among other things, while Mirror has a more barebones user interface: just tap a button to start recording.

Mirror lets you capture audio using your phone or tablet microphone while you’re recording your screencast.

Both apps have been released as early betas, so we could see performance improvements and new features in the future. I also suspect it won’t take long before we see more screen recording apps in the Play Store.