There’s not much the average user will actually be able to do with a jailbroken iOS 8 device at this point, but that could change soon. 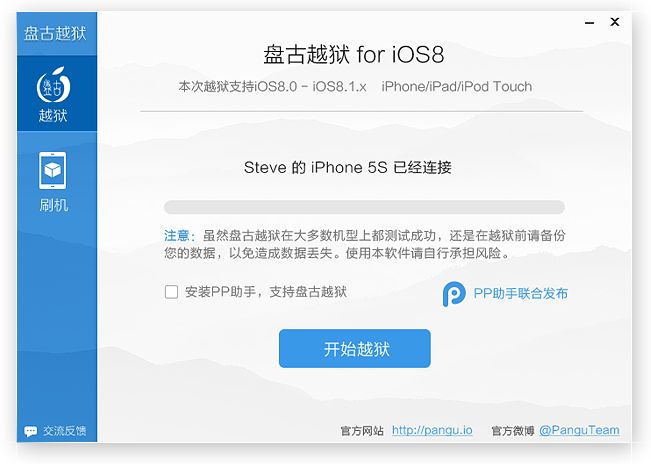 The initial release is aimed at developers rather than end users. It doesn’t include the Cydia store for downloading apps that aren’t available in the App Store and it won’t enable support for any plugins that haven’t been updated for iOS 8 or later yet.

Update: There’s a new version of Cydia that should work with jailbroken iOS 8.1 devices.

At launch, the Pangu iOS 8 jailbreak tool needs to be run on a Windows computer… and it’ll be easiest to run if you can read Chinese. The developers point out that you need to disable any security passcodes and turn off “find my iPhone” before you can use the tool.

The Pangu jailbreak tool should work on the iPad 2 or later, iPad mini 1 or later, iPhone 4S or later, and iPod touch 5.