The next preview version of Windows 10 will include better support for users with multiple monitors as well as support for new touchpad gestures that let you minimize apps or switch between apps.

Microsoft VP Joe Belfiore showed off an early preview of Windows 10 Build 9865 at an event in Europe. 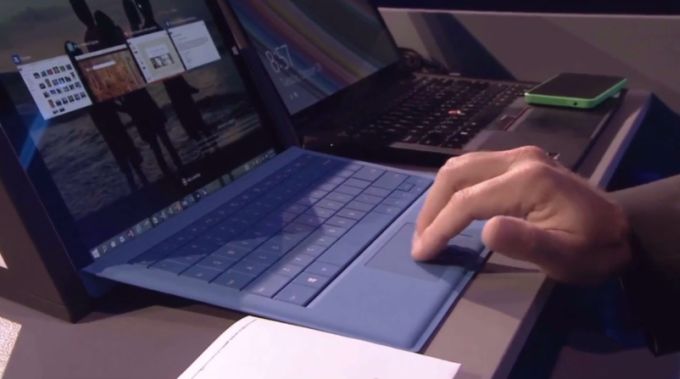 Some of those new touchpad features include:

If those gestures sound familiar, you may have used a Mac recently. Apple also uses similar gestures for Mission Control and and app switching.

Historically, Microsoft has left it up to the companies that make laptop trackpads, including Synaptics and Elantech, to implement gesture support. But now that most new trackpads feature support for multi-gesture input, Microsoft is moving to software-based solutions.

As for multi-monitor support, the next build of Windows 10 will let users snap multiple Windows Store apps across more than one screen.