Chinese phone maker Oppo made headlines this week when the company unveiled a phone that’s just 4.85mm (about 0.19 inches) thick. Now rival Vivo might be preparing to launch a phone that’s even thinner. 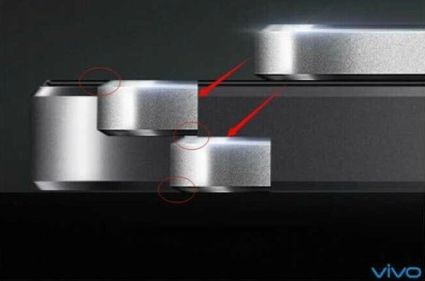 The company shared an image of a new phone on social networking site Weibo this week. It shows a device that’s about half as thick as an iPhone 5S.

At the moment that’s about all we know about the phone. The company hasn’t shared any details about the processor, screen size or resolution, or other specifications. It’s also not clear if Vivo had to cut any corners to make a phone this thin: The Oppo R5 lacks a microSD hard and even headphone jack.

If the smartphone tech arms race of 2014 was centered around large, high-resolution displays it’s starting to look like 2015 could be the year of nearly paper-thin smartphones.

Honestly, there’s probably no reason phones need to be thinner than they already are. But super-thin phones certainly look pretty cool. Whether that’s worth the smaller batteries and other compromises involved in making an incredibly thin phone remains to be seen.